The Book Tour Stops Here: A Review of "The Things We Wish Were True" by Marybeth Mayhew Whalen, Served with a Southern Summer Tomato Sandwich

Happy Aloha Friday! The end to a busy week and the start of a weekend watch to see what Hurricane Lester will bring to the islands the next couple of days. A bit of distraction is in order, so let's focus on today's TLC Book Tour stop with a review of the neighborhood drama, The Things We Wish Were True by Marybeth Mayhew Whalen. Accompanying my review is the perfect seasonal Southern Summer Tomato Sandwich, inspired by the book. 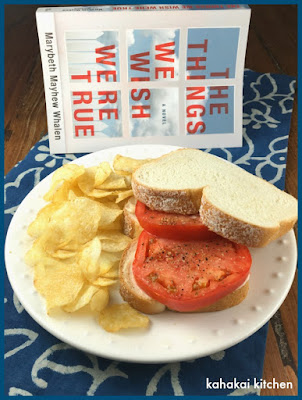 In an idyllic small-town neighborhood, a near tragedy triggers a series of dark revelations.

From the outside, Sycamore Glen, North Carolina, might look like the perfect all-American neighborhood. But behind the white picket fences lies a web of secrets that reach from house to house.

Up and down the streets, neighbors quietly bear the weight of their own pasts—until an accident at the community pool upsets the delicate equilibrium. And when tragic circumstances compel a woman to return to Sycamore Glen after years of self-imposed banishment, the tangle of the neighbors’ intertwined lives begins to unravel.

During the course of a sweltering summer, long-buried secrets are revealed, and the neighbors learn that it’s impossible to really know those closest to us. But is it impossible to love and forgive them? 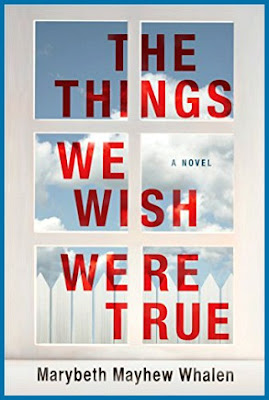 The Things We Wish Were True takes the reader behind closed doors in Sycamore Glen, North Carolina where secrets abound. Told from the viewpoints of several of the adult residents--Zell, Bryte, Jencey, Lance and Everett, as well as Cailey, a young girl and new addition--occupying the shabby rental house that is the eyesore of the neighborhood with her working class, single mother and younger brother. An incident at the community pool, the small town's gathering spot puts Cailey into the orbit of the other characters and what she sees and hears, and her impressions are one of the strongest parts of the book. Her voice is honest and grows less innocent as the summer goes by with what she witnesses and experiences.

There is a foreboding tone that permeates the story and although not all of the secrets are deep and dark, and I wouldn't call this book truly a 'thriller,' a slow and steady tension is built and I found myself guessing at and wanting to learn all of the secrets and hoping for positive outcomes. On the downside, there are a lot of characters to keep track of for a relatively short book, some we get to know better than others, and some make more of an impact. The names seemed a little much too at times--there were few people we were introduced to with a common name outside of Zell's husband John. I'm not sure whether the names made people easier or harder to keep track of but they were a bit distracting. Still, the author made me care about this group of people, their lives and assorted drama and it does make you wonder what secrets your own neighborhood holds. A good end-of-summer read with it's sultry summer setting.

Author Notes: Marybeth Mayhew Whalen is the author of five previous novels and speaks to women’s groups around the United States. She is the cofounder of the popular women’s fiction site She Reads and is active in a local writers’ group. Marybeth and her husband, Curt, have been married for twenty-four years and are the parents of six children, ranging from young adult to elementary age. The family lives in North Carolina. Marybeth spends most of her time in the grocery store but occasionally escapes long enough to scribble some words. She is always at work on her next novel. 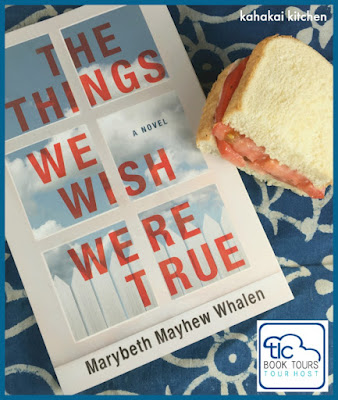 Sometimes when picking a dish to represent the book, it just takes a brief mention of a food and it sticks in my head. In this case it was Jencey's memory of tomato sandwiches that sparked me:

"She'd forgotten the heat and humidity of a southern summer. But she'd also forgotten her mother's tomato sandwiches (white bread, peeled and sliced tomatoes, Duke's mayonnaise, liberal salt and pepper), the way peaches fresh off the tree tasted, and chasing lightening bugs at dusk, the air at night as warm as midday in Connecticut. The home of her childhood could still offer the comforts of that childhood, comforts she welcomed."

--The Things We Wish Were True, Marybeth Mayhew Whalen 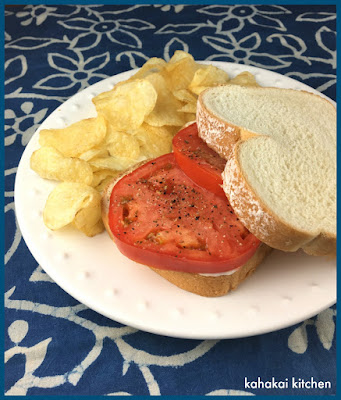 I forgot to peel my tomatoes and don't have access to Duke's Mayonnaise (which is apparently a cult favorite in at least part of the South) but after reading about it, I added a touch of apple cider vinegar to my favorite vegan mayo to get a similar tangy taste. Mine also has a bit of garlic in the mayo and the sea salt as I used some from the gift pack from Rolling Rock Farm I was sent several weeks ago. 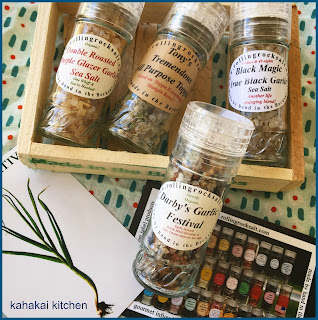 Spread a generous layer of mayo on one side of each slice of bread. Top two pieces of the bread with tomato slices and sprinkle them liberally with good sea salt and freshly ground black pepper. Top with remaining bread slices and serve. Enjoy! 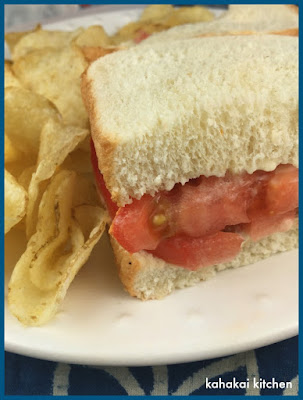 Notes/Results: I remember my mom making and loving fresh tomato sandwiches like this and not really getting the appeal. But, with a truly fresh and ripe tomato they are pretty darn amazing. Despite your feelings about mayo and soft, slightly gummy white bread, I do think this sandwich is best enjoyed with them. The combination cries summer. I do like the addition of the garlic in both the mayo and the salt I used--enough to enhance the sweetness of the tomatoes but not overpower them. Adding a touch of apple cider vinegar worked really nicely with the sweet tomatoes too. I ate one sandwich for lunch and had the other for dinner and since I have bread to use up, I think I will be eating more of them over this Labor Day weekend. A little slice of sandwich heaven--kettle chips on the side recommended too! ;-) 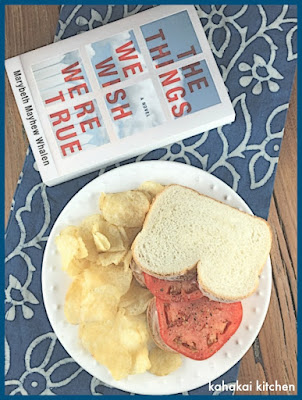 With a sandwich this delicious, I am linking this post up to this week's Souper (Soup, Salad and Sammie) Sundays post here at Kahakai Kitchen. If you aren't familiar, Souper Sundays is my weekly soup tribute that includes sandwiches, and salads and is open to anyone and everyone who wants to share a soup, salad, or sandwich post that week. You can see the details for joining in on the current weekly post or here--we would love to have you!

Note: A review copy of "The Things We Wish Were True" was provided to me by the publisher and TLC Book Tours in return for a fair and honest review. I was not compensated for this review and as always my thoughts and opinions are my own.