Happy Aloha Friday! I am happy to be today's stop on the TLC Book Tour for a new paranormal romance, Imperfect Angel by Christi Barth. Accompanying my review is a link to a recipe for Greek-Style Orzo Salad inspired by the reading.
Publisher's Blurb:

Three days ago, all Maisy Norgate had was a stack of bills, about a gazillion jobs, and her sunny-as-hell outlook. Now, thanks to an uncle she never knew about, she’s inherited an ornate skeleton key with absolutely no idea what it’s for–or why she has it. Which is exactly when a ridiculously handsome guy claiming to be an angel shows up at her door and all hell breaks loose…

Nephilim Rhys Boyce cannot believe that Maisy is the new Keeper of the Key. Why would anyone bequeath this warm, bubbly redhead the key to Hell? And to make matters worse, she’s given the key to the first person who asked for it. A demon. Yep, Maisy is determined to make his job–not to mention some seriously inconvenient temptation–as hard as possible.

First a half angel with a very human chip on his shoulder must find a way to convince Maisy that angels and demons do exist. Then Rhys will have to break the really bad news…that she might have accidentally ended the world. 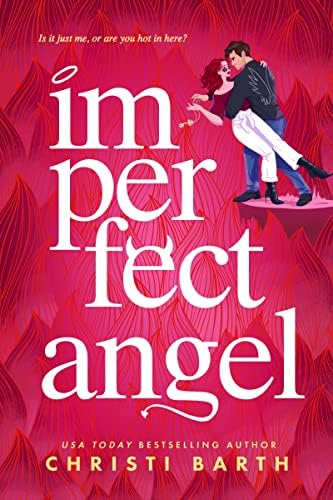 My Review:
If you looked up peppy and optimistic in the dictionary, you would likely find Maisy Norgate's picture there. In spite of the fact she lost her parents at a young age and is currently doing multiple odd jobs when she really wants to be an artist doesn't get her down. When she gets an inheritance from an uncle she ever knew she had and it turns out to be an old ornate key, she promptly gives it away as she has no use for it and that's a mistake. Her uncle was the last "Keeper of the Key" and now that responsibility of keeping the gates of Hell locked and the demons inside has fallen to her. Rhys Boyce is Nephilim, a half human, half angel warrior and a grumpy, pessimistic one at that.  He and his friends and partners Gideon and Zavier are freelance warriors and tasked with protecting Maisy during her transition to Keeper with some pretty serious consequences if they can't get the key back and get her transitioned in two weeks.
I was looking for something light and fun and Imperfect Angel was that--a paranormal romance with some snark thrown in was a great escape from some other reads I had going. It has some spice and steam, angels and demons and some definite steam and spice. Maisy and Rhys are a likable pair, complete opposites in personality and lots of snarky banter. Gideon and Zavier and Maisy's best friend and roommate Liss are entertaining too. There are no big surprises here but it is an engaging, endearing and quick read. This is my first book from the author and I hope that she returns with another story set in this world.
------
Author Notes: USA Today bestselling author Christi Barth earned a Masters degree in vocal performance and embarked upon a career on the stage. A love of romance then drew her to wedding planning. Ultimately she succumbed to her lifelong love of books and now writes award-winning contemporary romance, including the Aisle Bound series.

Christi can always be found either whipping up gourmet meals (for fun, honest!) or with her nose in a book. She lives in Maryland with the best husband in the world.

Connect with her at christibarth.com

There was some food inspiration in the book. Maisy works a coffee shop and decorates the cupcakes, cookies and other pastries and there are beers and cocktails. Phish Food ice cream is Rhys's favorite and Maisy cooks him a dinner of Greek turkey meatballs with lemon orzo and tzatziki.  Since I love Greek food, I am linking up this Greek-Style Orzo Salad, adapted from How to Cook Everything Vegetarian by Mark Bittman. You can find the link to the recipe here. 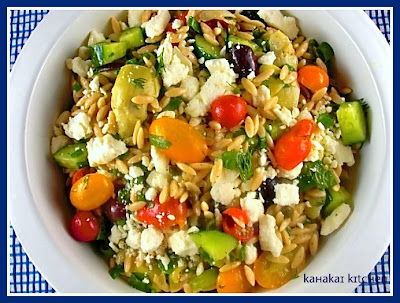 Note: A review copy of "Imperfect Angel" was provided to me by the author and the publisher via TLC Book Tours. I was not compensated for this review and as always, my thoughts and opinions are my own.

The Book Tour Stops Here: A Review of Behind Her Lives by Briana Cole

Happy Aloha Friday! I am happy to be today's stop on the TLC Book Tour for Behind Her Lives by Briana Cole.
Publisher's Blurb:

From bestselling author Briana Cole, an enthrallingly suspenseful new story of secrets, sibling rivalry, and a woman searching for a missing sister who may not want to be found. For fans of multicultural psychological thrillers and edgy dramas by Shanora Williams, Kiki Swinson, Saundra, Wahida Clark, Ashley & JaQuavis, Victoria Christopher Murray, and Shelly Ellis.

“That’s not my sister.” Overwhelmed by shock and relief, those are the only words Deven can muster when she is called to identify the body of a suicide victim. A body she was informed was her sister, Kennedy. But as she stares at the lifeless stranger, she’s filled with questions: Who is this woman? Why was Deven listed as family? And most important, where is Kennedy? Her intuition tells her just one thing: this can’t be a total coincidence.

Desperate to put the pieces together, Deven launches her own investigation. Soon, she finds herself tangled in a web of secrets and lies so twisted that it blurs the lines between fact and fiction.  And between the sister she thought she knew and the one who seems to have many hidden, dangerous lives. But only Kennedy would have the answers to increasingly urgent questions. Just one possibility is clear: Kennedy isn’t missing. Maybe she just doesn’t want to be found. And maybe you can never truly know another person. Even your own sister.

Behind Her Lives starts out with Deven being visited by the police, who inform her that her younger sister, Kennedy has been found dead of an apparent overdose in her apartment. From the start, Deven wants to believe it isn't true--her sister didn't do drugs and is traveling to the Dominican Republic. Taken to the. police station to identify her, she insists that the body they have is not her sister despite all evidence to the contrary. Is she just in denial? The police certainly think so. Deven takes matters into her own hands and starts trying to find Kennedy, finding out that she may not know her sister as well as she thinks.

Behind Her Lives was a quick read, that drew me in immediately with the premise and the action as Deven investigates and tries to prove the police wrong. Told mostly from Deven's point of view with some of Kennedy's diary entries mixed in, it jumps back-and-forth between present day, to different times before Deven's world is shattered by the police visit. At times this made the book feel disjointed and it got a little confusing. There are lots of twists and turns, some of which I saw coming and some I didn't, and a plethora of secrets and lies are uncovered. Deven is not always likable and makes some questionable choices, but at the end of the day, I wanted to see her succeed and found myself turning the pages quickly to get resolution. If you like psychological thrillers, mysteries, and multicultural books with lots of action, you will likely enjoy this one. 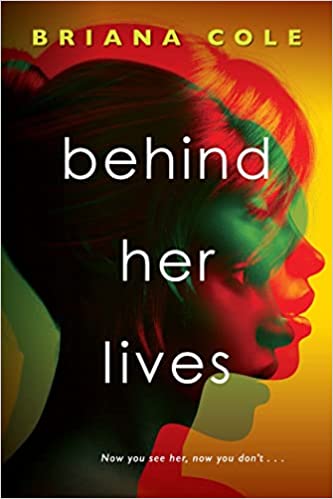 Note: A review copy of "Behind Her Lives" was provided to me by the author and the publisher via TLC Book Tours. I was not compensated for this review and as always, my thoughts and opinions are my own.

Tuesday, November 8th: From the TBR Pile – review and excerpt