I have participated and hosted several different blogging events over my seven+ years of blogging but my hands-down favorite has to be Food 'N Flix. This brilliant creation of cooking and film came from my friend Heather of girlichef and it celebrates its 5th Anniversary this month.(See the announcement post here.) 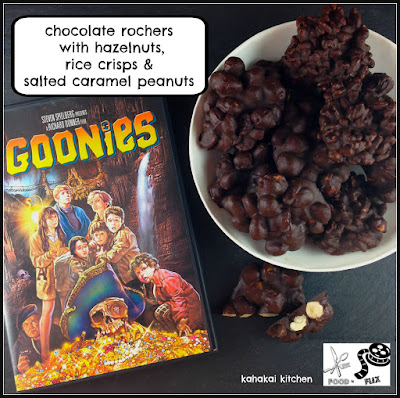 I have joined in from the beginning with the first pick of Chocolat and have loved seeing how each movie has inspired everyone to take to their kitchens and create their dishes. I would love to say that I participated in every one of the 60 movies selected but sometimes life gets in the way, and I have missed six movies by my count--including three this year when I was on a blogging break. 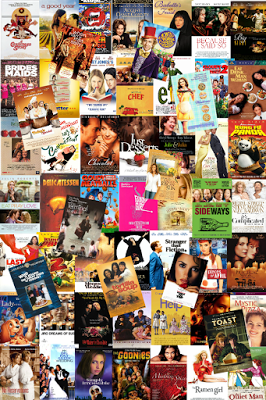 For this anniversary month, we were able to go back to any of the 60 films from the past five years which was quite a dilemma. Did I go back to a favorite film or go back to one that I missed? And, if I did go back to a missed film, which of them to choose?! (Trust me this is tough for an indecisive Libra!) ;-)

Finally I looked at the films I missed and decided to go to the one I regretted missing the most, May 2015's pick The Goonies, hosted by girlichef herself. Is it the best film, or the foodiest film? No, but it is fun, nostalgic, and having spent a good portion of my life in Oregon, I believe there is a state law that says you have to love The Goonies if you have ever lived there since it was set and most of the filming done in Astoria on the Oregon coast. 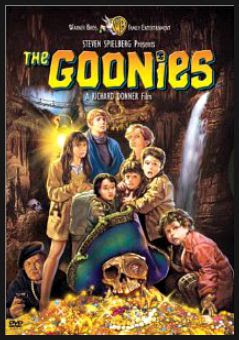 It's a sweet story with a group of underdog kids--'goonies'-who will be losing their homes as their families are being forced to sell to make way for a country club. They find a map that could lead them to the treasure of "One-Eyed Willie" and his band of pirates, while trying to escape a family of (really inept) criminals after the same treasure. Good and silly fun and haven't we all felt like a goonie at least once in our lives?!

Food inspiration in the film run mostly to junk food--pizza, corn chips, Pepsi, whipped cream, candy--especially Baby Ruth bars, and lots of ice cream. I wanted to make some kind of candy and something quick and easy to fit my busy month and habit of waiting until the last few days before the deadline to post. 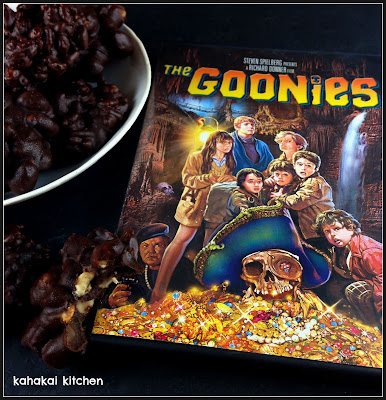 I have been meaning to whip up Jacques Pépin's Chocolate Rochers with Hazelnuts and Cornflakes from More Fast Food My Way and conveniently enough, it fit the movie (love it when that happens) as Jacques says, "Rochers is a French word meaning rocks, or little boulders, which is what these little chocolate confections look like." Or, as I like to think of them, little chunks--after the always hungry Lawrence "Chunk" Cohen. They are imperfect to look like Sloth, but are sweet and wonderful on the inside. 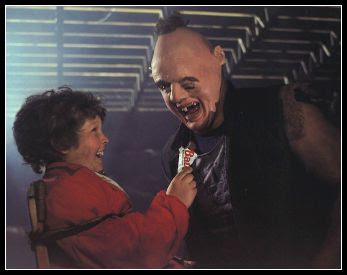 Jacques made his rochers out of bittersweet chocolate, half with hazelnuts and half with cornflakes, and says you can make them with any cereal, nut, dried fruit and chocolate you like. I picked a mix of good bittersweet and dark chocolate and kept the hazelnuts (there's a nod to Oregon there). Instead of cornflakes, I used the brown rice crisps cereal I had on hand, and for my final third I added some Planters Salted Caramel Peanuts--for a Baby Ruth-ish feel. 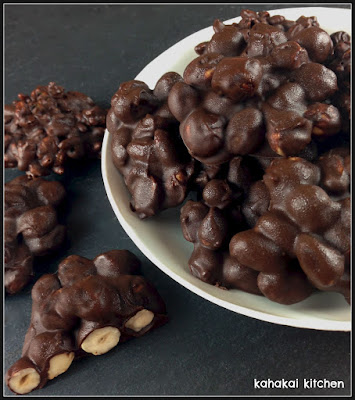 Line a large pan or cookie sheet with plastic wrap or wax paper and set aside.

Break chocolate into 1-inch pieces and put them in a glass bowl. Microwave on high for about a minute. Wait a minute or two, stir with a rubber spatula  and microwave again, 30 seconds at a time, stirring in-between, until chocolate is melted, smooth and glossy. (You should have about a cup or so of melted chocolate.)

Place the toasted nuts in a medium bowl and pour 1/2 of the chocolate on top. Mix well with a spoon to coat the nuts with the chocolate. Using a tablespoon, scoop up a spoonful of the chocolate-nut mixture and push the mixture off the tablespoon with a teaspoon onto the lined pan. Repeat.

Place the cereal into a medium bowl and add the remaining chocolate. Mix well with a spoon until completely combined and cereal is coated. Spoon the mounds onto the lined pan.

Cool the rochers until hardened. (I used the fridge as it is still warm and humid here.) The rochers will keep for 2 to 3 weeks stored in an airtight container in the fridge, or up to 2 months in the freezer. 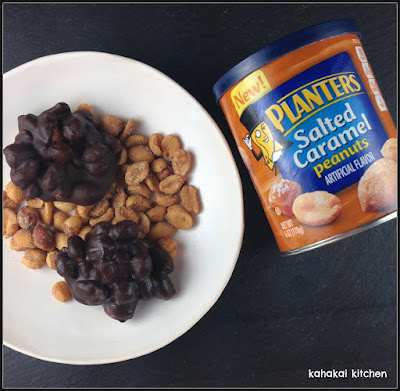 Notes/Results: There you have it--easy and delicious. Jacques notes that he got the idea from Jacques Torres and that these make great holiday treats. I think they would be fun and simple for kids to make. My favorite were the hazelnuts to which I added a little sea salt, but the rice crisps version, and the salted caramel peanut ones were both pretty yummy too. A nice little treat to have when a chocolate craving hits, I will make them again. 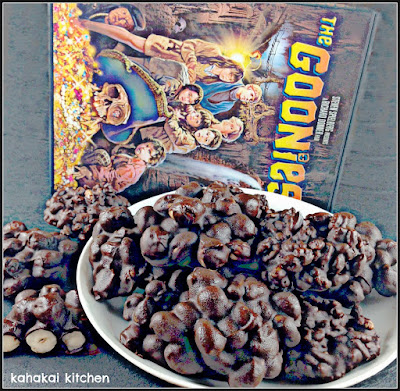 In addition to Food 'N Flix, I am linking these to I Heart Cooking Clubs where it is Potluck week. You can see which IHCC cooks and what recipes everyone made by checking out the picture links on the post. Quick note--the new IHCC chef for October-April was selected and we will be cooking along with nutritionist and cookbook author Ellie Krieger, so come and join us if you like recipes where delicious meets healthy. ;-) 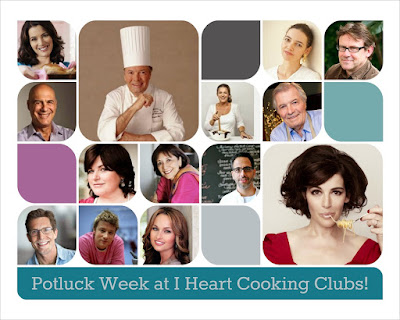 The deadline for this 5th Anniversary round of Food 'N Flix is tomorrow, September 28th. Heather will be rounding up the different entries at girlichef shortly after. If you missed this round but love food, films, and foodie films, join us for October and some Halloween fun with Hocus Pocus, hosted by The Lawyer's Cookbook.