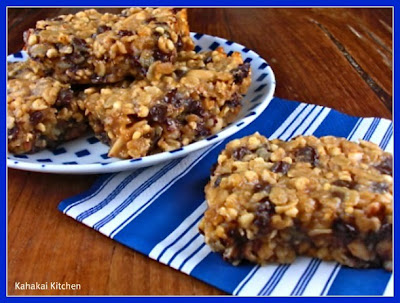 It's Potluck week at I Heart Cooking Clubs, time to make any Giada recipe we desire. I wanted something fast, simple and "snackable," so I selected her Peanut Butter Granola Bars. I made a few changes reducing the butter and replacing half of the oats with some puffed millet. They were a tasty, even if a messy treat.

You can find the recipe at the Food Network here. 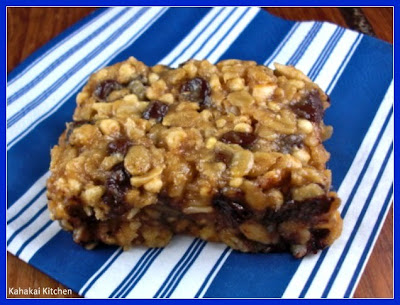 Position an oven rack in the middle of the oven. Preheat the oven to 350 degrees F.

In a medium bowl, using a hand beater, beat the egg white until frothy. Stir in the peanut butter, brown sugar, and honey. Add the melted butter, oats and almonds. Stir to combine, then add the chocolate chips.

Using a rubber spatula, spread mixture into the prepared baking pan, pressing lightly to form an even layer. Bake until the edge of the mixture begins to brown, about 15 minutes. Remove from the oven and let cool for at least 1 hour. Cut into 1 1/2-inch squares and serve.

*Cook's Note: To toast almonds, arrange in a single layer on a baking sheet. Bake in a preheated 350 degree F oven until lightly browned, about 8 to 10 minutes. 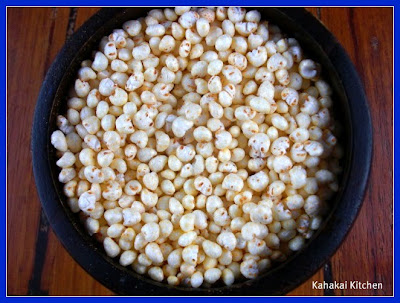 **Deb's Note: Puffed millet can be found in the cereal aisle of many grocery stores and natural food stores. I like to add it to cereal mixes, granola, trail mix, or cookie treats as a fun way to change it up and add a different texture. 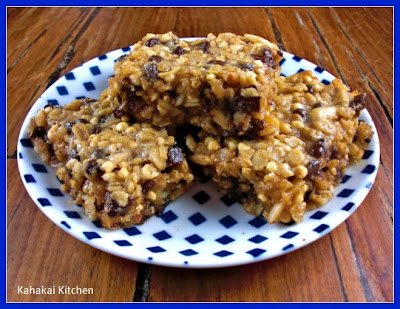 Notes/Results: Taste-wise, these are good--with a nice peanut butter flavor. Next time I would add some dried cranberries or blueberries as a tangy note would be good with the peanut butter and mini chocolate chips. Texture-wise, these are really more of a soft, moist cookie bar than a drier granola bar and they were pretty crumbly. Thinking it might be due to the reduction of butter or my puffed millet, I read the reviews of the recipe on Food Network and found that it was a common problem. (Note to self--read the reviews before making the recipe next time.) ;-) There were solutions offered--adding more egg, putting them in the fridge afterward (which I actually did), waiting overnight to cut them, etc. Despite their crumbliness making them a bit messy to eat, they were tasty enough that I would make them again, making a few changes. 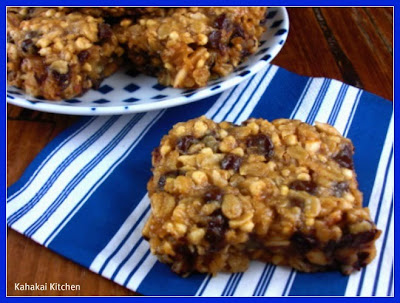 You can see what the other IHCC participants picked to make for their Potluck dishes by going to the post here and following the links.