It's been pretty warm and muggy here the past few days but I made this soup earlier in the week, when the evenings were a bit cooler. The Southeast Asian flavors of the ginger and lime juice keep it refreshing and light, so it works well in the warmer weather. This one comes from the April 2009 issue of Delicious Magazine and is by Aussie Chef Bill Granger. I have a couple of his cookbooks and judging from this recipe and the others in the magazine from his new book "Feed Me Now!", I just may have to add it to my cookbook collection when it makes it over to this side of the pond. 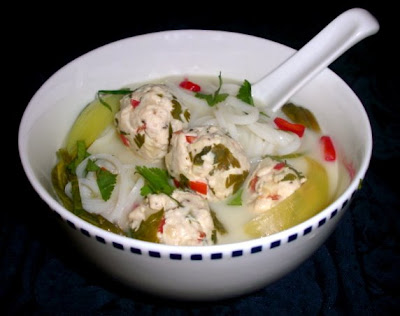 For dumplings, place all ingredients and some salt and pepper in a large bowl. Using clean hands, mix together until well combined. Wet your hands and roll mixture into small balls. Set aside.

Place stock, coconut milk, kaffir lime and ginger in a large saucepan and bring to a simmer. Reduce heat to low, add the dumplings and simmer gently for 5 minutes or until just cooked through. Add fish sauce, lime juice and sugar to taste. Add bok choy, bring back to a simmer and remove from the heat. 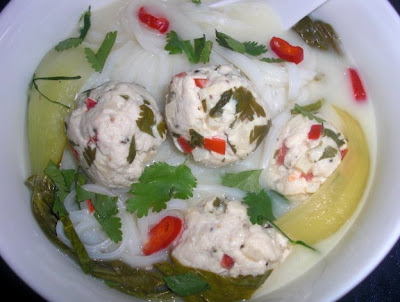 Notes/Results: Really good, but what's not to like about little meatballs in a flavorful coconut milk broth?! I used ground turkey breast instead of ground chicken and used low-sodium chicken broth and lite coconut milk. Since I was in the mood for something "noodly", I took the suggestion of adding the cooked rice noodles to the soup. Because of adding the noodles, I added about a quart more broth and the seasonings to match. I also increased the amount of ginger, lime juice and some chili paste to get the flavor just the way I like it. A good filling, but not not heavy soup. 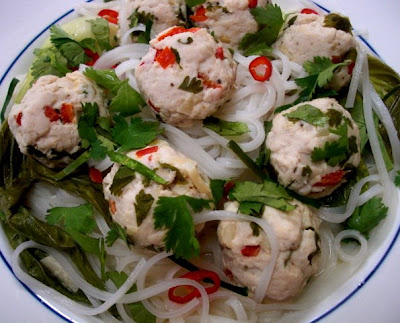 Since there are noodles and you can eat this soup with a lot of broth or less broth with the dumplings on top of the rice noodles, I am sending it to Presto Pasta Nights, hosted this week by Amy of Very Culinary. 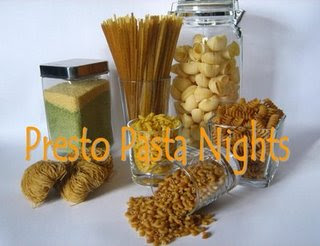 Let's take a look at who is in the Souper Sunday Kitchen this week:

Chaya at Chaya's Comfy Cook Blog is back and hosting Blogger Secret Ingredient this week and selected broccoli for the BSI. One of the dishes she made with it was this thick and creamy Cheddar Cheese Broccoli Soup. Chaya says to "plop a tablespoon of sour cream on top, if you like adornment and a good taste addition" and to "enjoy every spoonful" of this hearty soup. 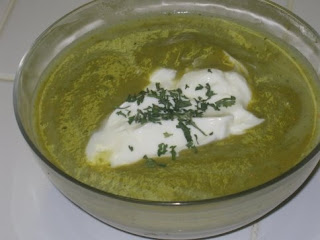 Wanting a soup filling enough to satisfy her husband, Kim from Ordinary Recipes Made Gourmet went to her fridge and pantry and threw a little bit of a lot of things into the soup pot. The result? Her "Everything Soup". Her husband loved it so much, he wants her to make it again and Kim wants a good name for it, so if you are feeling creative, stop by her blog, check out the recipe and give her some help. 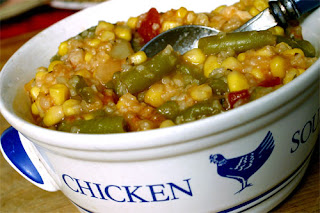 Natashya from Living in The Kitchen with Puppies has had some stormy weather lately and made the most of it with a "fragrant and soothing" Thai Coconut Chicken Soup from Tyler Florence this week. Serving it with some tasty Sesame Breadsticks flavored with a bit of Chinese 5 Spice, she had the perfect meal to warm up the commuters in her house. 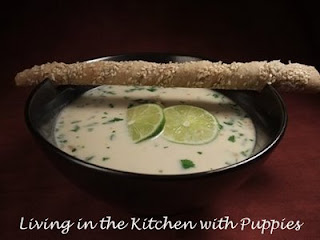 Graziana from Erbe in Cucina is working her garden magic again this week, making this Green Purslane Salad with Eggs. Graziana says, "All my green purslane plants started to bloom and they will produce tiny leaves from now. They will bolt, die and reborn next spring, so this is the last green purslane harvest for this year." Her salad looks like a wonderful way to use up the last of it. 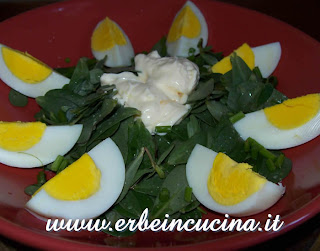 Loving the "precisely imprecise" recipes and the fact they can be on the table "in twenty minutes max" in "Mark Bittman's Kitchen Express" is Heather at girlichef. Flipping through and looking for a recipe she could make with ingredients from her pantry, Heather found this simple Tuna & Bean Salad recipe. Served with some blanched asparagus, a hunk of good bread and a glass of Chardonnay, she proclaims it, "Delicious!" 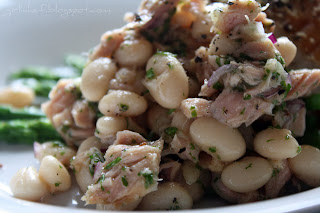 Joanne from Eats Well with Others just celebrated her 100th post (Congrats Joanne!) with some barbecued chicken and served with this Warm Tomato Corn and Okra Salad. Making the most of some sweet local corn and tomatoes, Joanne says that if you don't like the stickiness of the okra, you could substitute eggplant for a similar flavor profile. 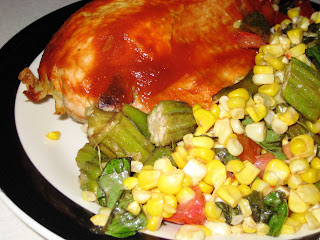 Taking a favorite salad and turning it into a delicious sandwich is Debbie at Dining with Debbie, new to Souper Sundays and hailing from Florida. Finding the recipe for this Caprese Panini in Cuisine at Home, she whipped out her new panini press and made it. She says "It’s a classy grilled tomato and cheese!!!!" Debbie is hosting a new event starting August 5th, called Crock Pot Wednesdays, so all you slow cooker fans should head over to her site and get the details (here). 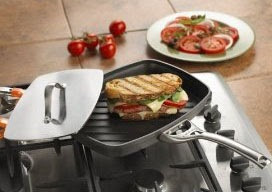 Thank to everyone who contributed their recipes this week to Souper (Soup, Salad & Sammie) Sundays. As usual we have some great and unique dishes. If you have a soup, salad, sandwich or any combination to share, click on the Souper Sunday link on the side bar to get all the details.

Have a great week!