Once again, I am very happy and excited to be joining The Book Club Cookbook, St. Martin's Press and a group of fellow bloggers to celebrate the publishing of The Show Girl by Nicola Harrison. For #TheShowGirlParty, we received copies of the book and were tasked with coming up with a dish inspired by it. 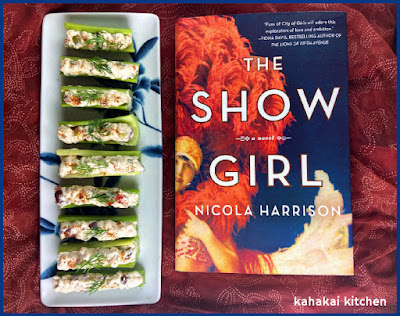 Publisher's Blurb:
Nicola Harrison's The Show Girl gives a glimpse of the glamorous world of the Ziegfeld Follies, through the eyes of a young midwestern woman who comes to New York City to find her destiny as a Ziegfeld Follies star. It's 1927 when Olive McCormick moves from Minneapolis to New York City determined to become a star in the Ziegfeld Follies. Extremely talented as a singer and dancer, it takes every bit of perseverance to finally make it on stage. And once she does, all the glamour and excitement is everything she imagined and more—even worth all the sacrifices she has had to make along the way.Then she meets Archie Carmichael. Handsome, wealthy—the only man she's ever met who seems to accept her modern ways—her independent nature and passion for success. But once she accepts his proposal of marriage he starts to change his tune, and Olive must decide if she is willing to reveal a devastating secret and sacrifice the life she loves for the man she loves. 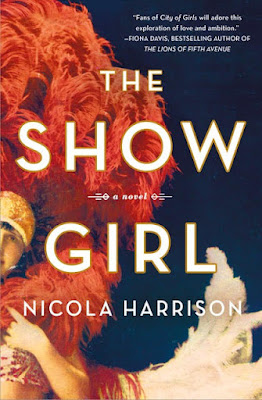 400 Pages
My Review:
Historical fiction is one of my top genres although I tend to prefer WWII historical fiction to the Roaring Twenties. Lately though I have been broadening my history horizon and I just finished a non-fiction book about the Barbizon Hotel that put me in the frame of mind for another NYC set book about a young "modern" woman making her way in the city. I didn't know a lot about the Ziegfeld Follies and the famous Ziegfeld Girls, other than what I had seen in movies, so The Show Girl was a new experience.
Olive McCormick is a young girl from Minnesota, making her way through the theater world with big dreams to be a star in New York. A chance meeting with Florenz Ziegfeld when she is doing a roadshow has her showing up at his theater and offices when she reaches the city, expecting to be put in the show. It doesn't go that smoothly for Olive (now "Olive Shine" as a stage name) but despite her disapproving parents,soon she has worked her way to the Follies and a gig as the featured performer in the Midnight Frolic (the late-night racier show). She meets Archie Carmichael, a wealthy businessman and falls in love, but secrets and bad choices put her stardom and happiness at risk.
The glimpses into the show girl life and Olive's world where really interesting. For all the modernizing of the 1920s, singers, dancer, show girls, and theater performers were still considered lower class and to have loose morals so life wasn't all glamour, it was a lot of hard work and dedication. I had to keep reminding myself how young Olive was (nineteen when the book starts) because her decisions and actions really frustrated me at times. I wanted her to succeed but also wanted her to care about others and the effects her choices had on them. The end wrapped up a bit quickly and a little too neatly for me, but I enjoyed the settings especially NYC and The Pines (an Adirondacks camp/retreat) that Olive goes to perform at and where she and Archie spend time together. I have always been fascinated by the camps and hotels of this area and that was fun. The retro food, drinks, hairstyles and fashion of the times were engaging too, and I liked the way the fictional characters and events were woven in with the real people and happenings of the times. Overall, The Show Girl was an informative and enjoyable read and I look forward to reading more from the author.
-----

Author Notes: Born in England, Nicola Harrison moved to CA where she received a BA in Literature at UCLA before moving to NYC and earning an MFA in creative writing at Stony Brook. She is a member of The Writers Room, has short stories published in The Southampton Review and Glimmer Train and articles in Los Angeles Magazine and Orange Coast Magazine. She was the fashion and style staff writer for Forbes, had a weekly column at Lucky Magazine and is the founder of a personal styling business, Harrison Style.
You can connect with Nicola on her website, Twitter, Instagram, and Facebook.
-----
Food Inspiration:
There was a surprising lot of food in The Show Girl--Olive liked to eat and drink. Mentions included a Brown Derby restaurant dinner of chopped chicken livers, spaghetti and a Derby plate of crabs' legs, celery, avocado and Thousand Island dressing, and ice cream and sherbets for dessert, Coca-Cola, whiskey, gin fizz, rum, fried eggs with runny yolks, broth and cucumbers, sponge cake, lamb and pork chops, an act called the "The Follies Salad" (Olive was "Spicy"), cheese sandwiches, lobster, lasagna, Peach melba, shrimp cocktail, oysters, a Sardi's meal of Duchess Soup (a creamy vegetable soup), a pork chop with potatoes and French fried onions and. a sirloin steak and Waldorf salad, coffee and biscotti, champagne mimosas, wine and chocolates, a main course of sweetbreads, mushrooms and green lima beans, brandy, a "cherry on top" (Olive's drink of two parts champagne, one part gin, one part orange juice, a dash of grapefruit and a trickle of cherry brandy), cold tomato juice and Palin toast, a weekly meal rotation that included baked ham with carrots and peas on Mondays, lamb chops and mashed potatoes on Tuesdays, leftover baked ham sandwiches and apple jelly on Wednesdays, and broiled veal cutlets and fried tomatoes on Thursdays, miniature hors d'oeuvres of stuffed mushrooms, salmon mousse on toasted bread, olives and oysters, molded individual Jello salads with slices of tomato, cucumber, celery and green pepper, omelets, a maple Bee's Knees cocktail, hot cocoa, coffee, oranges, boiled egg and bread, lemon cake, and corned beef, carrots and cabbage. 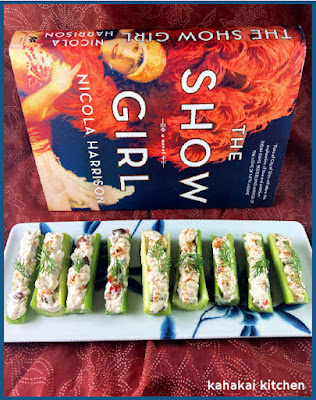 For my bookish dish, I found the Duchess Soup intriguing of course, and I thought about an egg sandwich with a spinach "frill" as Olive said she didn't want to be thought of only as a "biscuit in a frilly dress." The Brown Derby's crab's legs with avocado, celery and Thousand Island dressing called to me, as did their Peach Melba. But ultimately it was Olive meeting her mother for tea at The Plaza Hotel that was my inspiration. Olive, trying to impress her mother, orders anchovy canapés, stuffed celery to start, and offers up the cassoulet of lobster to her mother who wants "just tea." The stuffed celery pulled my attention as my mom used to make a cream-cheese stuffed celery appetizer when I was growing up, and I wanted to make a verson. When I Googled "1920s stuffed celery appetizers," many recipes came up, some with olives in the cream cheese mix. So, there you have it--Olive Cream Cheese Stuffed Celery for Olive Shine, The Show Girl. 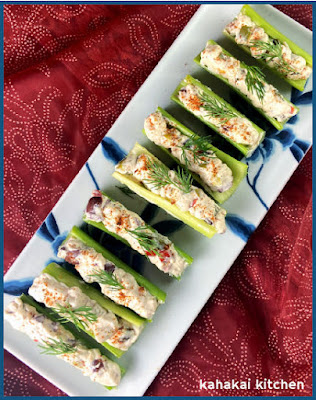 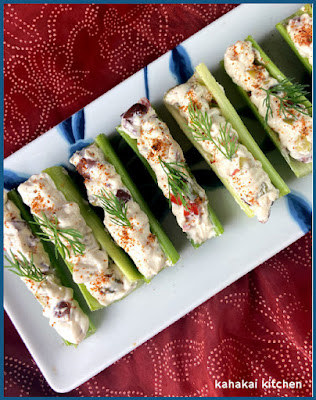 Notes/Results: OK, first don't be lazy and not cut up your olives and cornichons finely so they will fit through a piping tip (I was and mine did not). But looks aside, these are tasty little bites of crunch, creaminess and briny goodness. My mom's didn't have olives and was mostly cream cheese and spices prettily piped into the celery but these brought me right back. I think the mix will also be great on toast. I would happily make them again. 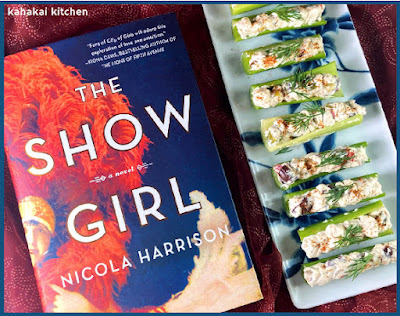 Check out this link for the #TheShowGirlParty at The Book Club Cookbook to see the other bloggers taking part in this event and their delicious recipes! 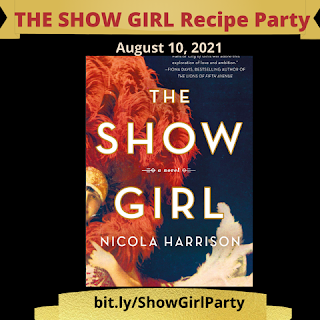 Mahalo to St. Martin's Press (@stmartinspress) and The Book Club Cookbook for the review copies of the book, and for hosting this fun event. I received no compensation for my participation and, as always, my thoughts and opinions are my own.