The Book Tour Stops Here: A Review of "Yesternight" by Cat Winters, Served with a Recipe for Crispy French Toast Fingers with Blueberry-Maple Sauce {#Yesternight}

Since it's Explorer's Day, let's explore a slightly spooky new October novel. On today's TLC Book Tour stop, I am reviewing Yesternight by Cat Winters and pairing it with a recipe for Ellie Krieger's Crispy French Toast Fingers with Blueberry-Maple Sauce. inspired by my reading. 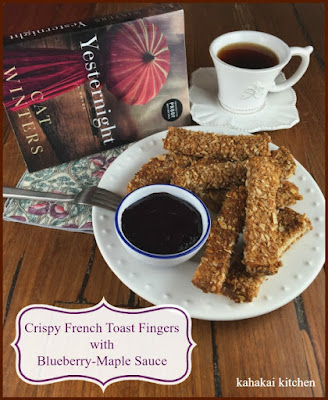 From the author of The Uninvited comes a haunting historical novel with a compelling mystery at its core.  A young child psychologist steps off a train, her destination a foggy seaside town. There, she begins a journey causing her to question everything she believes about life, death, memories, and reincarnation.

In 1925, Alice Lind steps off a train in the rain-soaked coastal hamlet of Gordon Bay, Oregon. There, she expects to do nothing more difficult than administer IQ tests to a group of rural schoolchildren. A trained psychologist, Alice believes mysteries of the mind can be unlocked scientifically, but now her views are about to be challenged by one curious child.

Seven-year-old Janie O’Daire is a mathematical genius, which is surprising. But what is disturbing are the stories she tells: that her name was once Violet, she grew up in Kansas decades earlier, and she drowned at age nineteen. Alice delves into these stories, at first believing they’re no more than the product of the girl’s vast imagination. But, slowly, Alice comes to the realization that Janie might indeed be telling a strange truth.

Alice knows the investigation may endanger her already shaky professional reputation, and as a woman in a field dominated by men she has no room for mistakes. But she is unprepared for the ways it will illuminate terrifying mysteries within her own past, and in the process, irrevocably change her life. 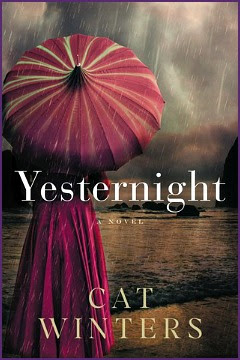 It took me about 10 seconds flat to sign up for the Yesternight book tour, the "haunting historical mystery" description and 1925 small Oregon coastal town setting drawing me right in. And how perfect is the cover? The colors, the picture and the mood it sets make it perfect for a spooky October read. Thankfully, what is inside lived up to the self-hype in my head and it delivered an atmospheric story that kept me absorbed and turning the pages. I was reading it during a particularly warm and humid week here and so I had to turn on the air conditioning, pour a cup of apple-cinnamon tea, and set the right mood.

Speaking of mood, Yesternight definitely sets a good, creepy paranormal tone from the start when young psychologist Alice Lind steps off the train and is immediately slammed to the ground from raging storm. It's clear that Alice has some issues and baggage, more than the two suitcases she travels with and brought along as she arrives to test the children in the rural community of Gordon Bay, Oregon for their IQ and aptitude. When she learns of young Janie O'Daire and about her mathematical prowess and her strange stories of growing up in Kansas as a young woman named Violet Sunday, she is set to prove them make-believe tales from a intelligent and impressionable seven-year-old mind rather than anything paranormal, but soon she can't deny that something strange is going on and that it may be tied somehow to her own childhood issues.

The character of Alice is interesting and the book focuses much of the story around her--especially the second half. Finding reincarnation and spooky children to be fascinating, I wanted more time spent with Janie. Staying away from any detail, so as not to spoil the story, I will say that at times it felt as though Janie was a teaser to get into Alice's past. There are plenty of twists in the story--a couple I saw coming but some I did not and while I wouldn't call it scary, it left me me with a good chill. Had I read it in a creepy old hotel in the winter, I would have jumped more, but it definitely had that nice eerie, Gothic feel to it that made it a fun pre-Halloween book. Yesternight is my first book by this author and it is her second adult novel--based on this one, I'll be looking for more of her work.

Author Notes: Cat Winters’s debut novel, In the Shadow of Blackbirds, was released to widespread critical acclaim. The novel has been named a finalist for the 2014 Morris Award, a School Library Journal Best Book of 2013, and a Booklist 2013 Top 10 Horror Fiction for Youth. Winters lives in Portland, Oregon, with her husband and two children.

There was some food to be found in Yesternight such as lots of ham and ham sandwiches with pretzels, a breakfast of hard-boiled egg, sausage patties, fruit, and coffee, almond drops candies, soft drinks like root beer, Orange Quench and LimeTone, clam chowder with a slice of thick sourdough bread, a dinner of chicken, potatoes, and boiled carrots and peas, gin, a bowl of snap peas, coffee tea and cinnamon rolls, cheese, crackers and roast beef, a hotel restaurant breakfast of grapefruit, French toast,and bacon, apple hot toddies, oyster cocktails and ham and egg balls, a dinner of venison, mutton chops and assorted vegetables that no one would eat. 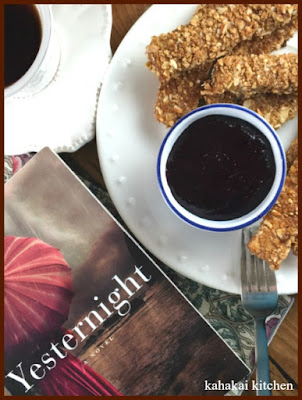 I don't eat meat and Alice had "an infantile aversion to vegetables" according to her mother. With all manner of vegetables--even pickles, making her feel ill. For example; "Peapods always reminded me of plump green fingers that had wiggled their way out of cold garden dirt." So with meat and vegetables off the table (pun intended), I decided to go with the French toast Alice ate for breakfast.

Hoping for a healthier option and multi-tasking or multi-posting with my weekly I Heart Cooking Clubs post, I found an Ellie Krieger recipe for Crispy French Toast Fingers that sounded tasty and since the peadpod "fingers" mention stuck with me, I thought French toast fingers would be fun. The Blueberry-Maple Sauce for dipping sounded delicious too. 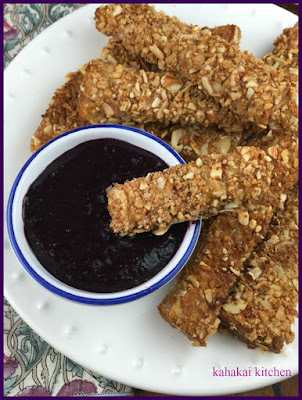 In a food processor, pulse the almonds until coarsely ground. Add the cornflakes, cinnamon, nutmeg, and salt and pulse until the cornflakes resemble the texture of oats. Transfer the cornflakes mixture to a shallow bowl.

In a medium bowl, whisk together the eggs, milk, maple syrup, and vanilla until well combined.

Spray a large nonstick skillet or griddle with cooking spray and preheat over medium heat. Working with one piece at a time, dip the bread into the egg mixture until completely moistened and coated but not falling apart, about 30 seconds each. Coat each slice of bread in the cornflakes mixture gently pressing it onto the bread. Place each slice of bread in the skillet and cook over medium-low heat, turning once, until the outside is golden brown and the center is warm, about 6 minutes total.

Serve with Blueberry Maple Sauce or pure maple syrup on the side for dipping, if desired.

In a medium saucepan, combine the blueberries, maple syrup, and orange juice. Bring the mixture to a gentle boil. Reduce the heat to medium low and simmer, stirring occasionally, for 2 minutes. Transfer the mixture to a blender, or use an immersion blender, and blend until almost smooth. Add more maple syrup to taste depending on the sweetness of the fruit.

The sauce may be made up to 4 days ahead of using and stored in the refrigerator in an airtight container. 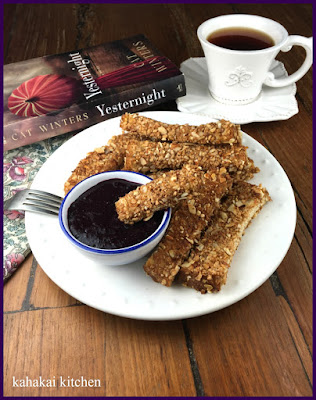 Notes/Results: Crispy, nutty on the outside and soft in the center French toast--sweet and cinnamony--there is plenty to like about Ellie Krieger's recipe. The fact that it adds some fiber and protein with the whole-grain bread is a bonus and it is sweet enough to make your favorite kid or big kid happy. You could of course just leave it whole rather than cutting it into fingers, but the whole dipping it into the tangy-sweet blueberry sauce wouldn't be as fun. I don't crave French toast often, but when I do, this is a tasty one that isn't too terrible on the nutrition front. I would happily make it again. 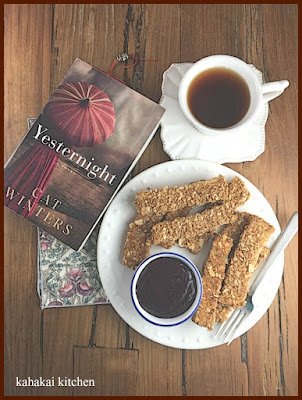 I'm linking this French toast at I Heart Cooking Clubs where the Monthly Featured Chef theme this week is celebrating Ellie Krieger. You can see my roundup of favorite recipes from when we cooked with Ellie at IHCC here and you can see what dishes everyone chose to make by checking out the picture links on the post. 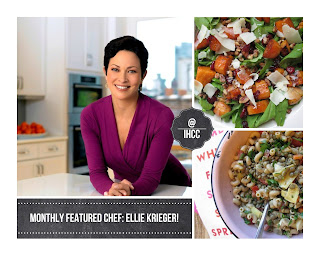 Note: A review copy of "Yesternight" was provided to me by the publisher, Harper Collins and TLC Book Tours. I was not compensated for this review and as always, my thoughts and opinions are my own.