Can you find happiness in a bowl of soup? Nigella Lawson's Happiness Soup is a good place to start looking. A bright sunny hue of yellow squash, basmati rice, turmeric and lemon to which I added some split yellow peas to make it more substantial. It's a happy summer hug in a bowl. 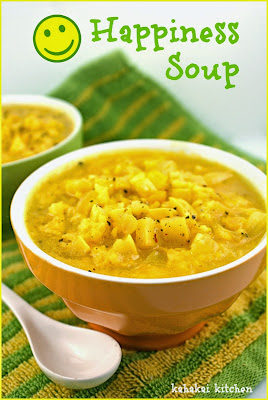 Nigella says, "Forgive the tweeness of the title, but this is a soup of such sunny, mood-enhancing yellowness that it overcomes even the most pervasively innate cynicism. To eat this is to feel cheered; even cooking it gives me a lift. It's incredibly easy to make, but that's not the clincher. This golden broth, rice-thickened and studded with a confetti dice of yellow courgettes and sprightly with lemon is pure joy. You only have to see it to believe it. And not surprisingly in some Middle-Eastern cultures, it is believed, in Claudia Roden's words, that 'eating yellow foods will result in laughter and happiness'. This, then, is a yellow soup to banish the blues." 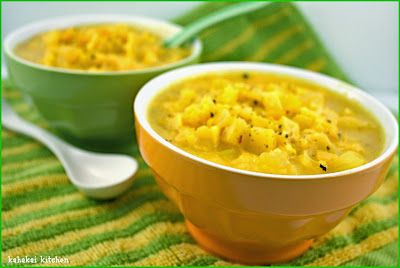 Wash and cut the unpeeled squash into very thin rings, and then dice them finely. Put them into the pan with the lemon zest and oil. (I started the onions first, cooked them for a few minutes and then added the other items.) Stir to coat, then cook on a gentle heat for about 5 minutes, stirring occasionally until slightly softened.

Stir in the turmeric and pour in the stock and lemon juice and then drop in the rice (I added the yellow lentils at this point.) Cook, uncovered, for 2--25 minutes or until the squash, lentils and rice are tender. Taste for seasoning. Leave to cool slightly before serving so that you eat the soup warm rather than piping hot. 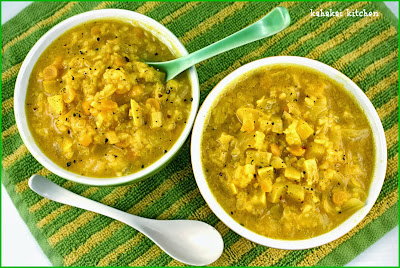 Notes/Results: A pleasing, thick and satisfying soup with bright lemony notes. You can't help being in a good mood looking at it. I liked the addition of the lentils to the mix to add some protein and the sweet local onion I added for more flavor. With the addition of the lentils, I added an extra two cups of broth but between the rice and the lentils, this soup sucks up a lot--if you want a brothier bowl, have more on hand to thin it out especially after it sits. A good soup for a summer evening, I would make it again. 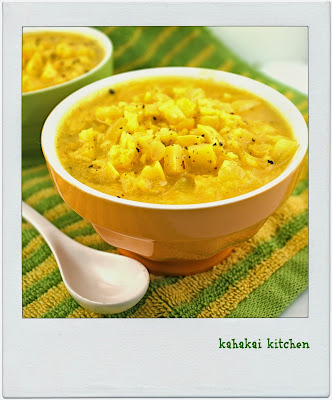 This coming week is Potluck at I Heart Cooking Clubs--the opportunity to cook any Nigel Slater dish or a recipe from any previous IHCC chef like Nigella Lawson. You can see what everyone made by checking out the picture links once the post goes live. 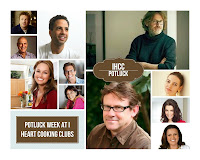 We have a couple of good friends with salads awaiting in the Souper Sundays kitchen--let's have a look.

Janet of The Taste Space shares this Creamy Curried Lentil Salad and says, "...itching to make something new, I decided to make a spin on two of my other favourite salads, aka The Best Lentil Salad and The Best Chickpea Salad. This time, I used lentils, capers and currants but with a dressing more similar to the tahini-maple-curry dressing from the chickpea salad. I added some greens, too, which I like to add to lentil salads. It was so delicious, it barely lasted one meal. Got to love simple salads like this." 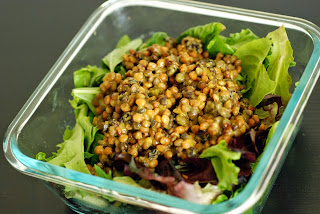 Joanne from yummyveg is back with Pasta Salad with Kiwi Dressing. She says, "Tangy, sharp, surprisingly creamy, sweet, all of these words describe the kiwi dressing I´ve used on my pasta salad. It might seem like a lot of salad dressing but I have to say I didn’t actually use all of it. The thing is the pasta absorbs it so I think half isn’t quite enough. Better too much than too little. The watercress provides a spicy contrast to the tartness of the kiwi and the beans make this a complete salad which can be eaten as a one bowl meal." 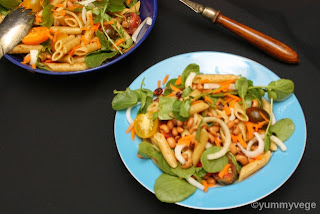 Thanks to Janet and Joanne for joining in this week. If you have a soup, salad or sandwich that you would like to share, just click on the Souper Sundays logo on my side bar for all of the details.