We had some unusual weather for Hawaii several days last week. Heavy rains, multiple thunderstorms with lightening, hail... even a tornado not that far from where I live. It was perfect weather to tuck into a Gothic mystery novel like The Lantern, by Deborah Lawrenson. The Lantern is set in Provence, at Les Genévries, a old and crumbling three-story stone farmhouse hedged in rosemary and cypresses leading to fields of aromatic lavender. Les Genévries is the new home of Eve and Dom, who met in Switzerland and after a whirlwind courtship, are settling in to isolated country life and slowly renovating the house. Les Genévries was once the home of Bénédicte Lincel and her family and The Lantern weaves back and forth between Eve's present day story and Bénédicte's story going back to her childhood days. 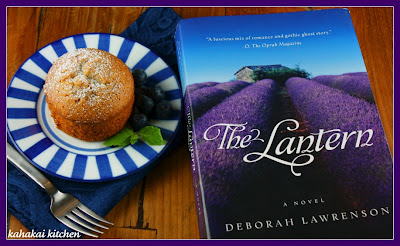 The first summer in the house is full of hope and promise for Eve and Dom, but as the season starts to wane, Eve starts to feel a presence, like she is being watched. Dom is acting mysteriously too. Eve knows he was married before, but he refuses to discuss it and her need to find out more about his former wife Rachel, puts a strain on their relationship. When news of a series of local girls gone missing in the surrounding area moves closer to home, Eve begins to wonder what else Dom might be hiding from her and what happened to Rachel. 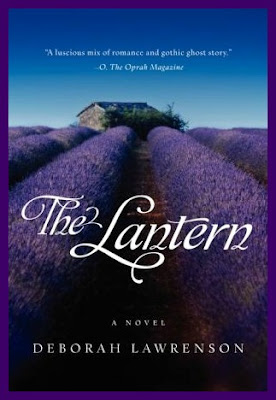 If I had to pick one word to describe The Lantern, it would be lush. It is a book for the senses. Author Lawrenson writes so descriptively that you feel the winds that sweep through the countryside, you see the crumbling stone and cracking plaster of the old house, you get a small shiver of awareness at a sudden sound or shadow, and you can smell the pungent floral scent of the lavender mixed in with the rosemary, mint, thyme and other herbs growing about Les Genévries. The Lantern is billed as being inspired by the Gothic classic Rebecca by Daphne du Maurier, which I read many, many years ago and there are definite plot similarities, although the story has it's own twists and turns. The interwoven stories of Eve and Bénédicte reveal the story in small snippets, and I think overall it works well, but I did find Bénédicte's character and her tale more compelling. I didn't feel the romance, passion and connection between Dom and Eve as strongly, maybe because more emphasis is given to descriptions of the atmosphere of Les Genévries, than to developing these characters and their relationship. This is a curl-up-in-a-comfy-chair-on-a-stormy-night kind of story, and a lovely escape to the south of France. If you enjoy Provence, beautifully descriptive writing, Gothic tales and ghost stories, and/or have a sense of mystery, you will like this book. 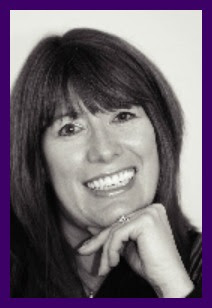 Author Notes: Deborah Lawrenson grew up in Kuwait, China, Belgium, Luxembourg, and Singapore. She studied English at Cambridge University and has worked as a journalist for various publications in England, including the Daily Mail, the Mail on Sunday, and Woman’s Journal magazine. She lives in Kent, England, and she and her family spend as much time as possible at a crumbling hamlet in Provence, France, the setting for The Lantern.

Note: A review copy of this book was provided by the publisher through TLC Book Tours but I was not compensated for this review and as always, my thoughts and opinions are my own. 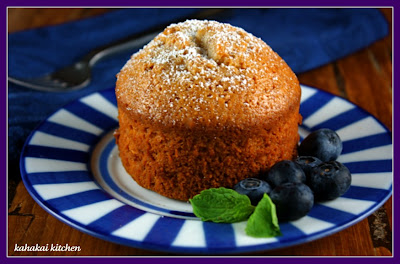 For a dish inspired by the novel, although there were plenty of wonderful sounding dishes, meals and ingredients throughout the book it was obvious from the cover alone that it had to be something involving lavender. Plus, lavender plays heavily in Bénédicte's story. I had a few recipes tagged to make, even a savory fish dish, but I decided to crack open The Herbal Kitchen: Cooking With Fragrance and Flavor by Jerry Traunfeld (a cookbook that I would also describe as lush and beautiful) and I was immediately drawn to the Warm Lavender Almond Cakes. 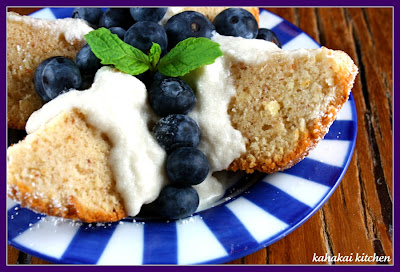 Jerry Traunfeld says, "These cakes are miraculous. You whiz everything up in a food processor, pop the batter into the refrigerator overnight, and then scoop into ramekins or muffin tins to bake. You'll be amazed. The warm slightly chewy cakes have a light crisp crust and a dense, moist interior suffused with the deep flavors of nuts, lavender, and honey, almost like a cross between a cake and a macaroon. Serve them in summer with lightly sweetened, softly whipped cream and fresh berries, or end a winter meal with the same cream and a fruit compote. Or simply cut them in quarters and serve them with coffee, tea, or a glass of sherry in any season."

Note: Begin preparation at least 1 day before serving.
Put the almonds and lavender buds in a food processor and pulse until they are finely chopped. Add the powdered sugar and continue to process for 30 seconds. Add the flour and salt and process briefly. Pour in the egg whites and honey and process until combined. Add the melted butter and process for an additional 15 seconds. Scrape the batter into a plastic storage container, cover, and refrigerate for at least 12 hours, or as much as a week.

Generously butter 10 (4 or 6 oz.) ovenproof ramekins or custard cups and place them on a baking sheet, or use a standard muffin tin. Divide the batter evenly among the cups. Bake until the cakes are evenly puffed and the tops crack and turn a deep walnut brown color, 30-40 min., depending on the molds and the temperature of the batter. Cool slightly and tip the cups out of their molds. Serve them while still warm, whole or cut into quarters.

Notes/Results: These are lovely little cakes. I always wonder if the lavender will be too strong in a recipes (I have had some lavender-infused dishes that were like eating potpourri--not a good thing), but in these cakes it comes across in a subtle way at first, getting a little stronger but not overpowering, towards the end. I used larger ramekins for these (about 6 oz.) and filled them 3/4 full, so I got six cakes from the batter. Instead of whipped cream, I used this whipped cashew cream, using up the leftover thick cashew cream from Sunday's soup, and garnished with some fresh organic blueberries. (I adapted the linked Tal Ronnen cashew whipped cream recipe slightly, by using honey as the sweetener and adding almond extract to enhance the flavors in the little cakes.) These cakes are like a French financier--chewy on the outside and soft with a nice crumb within. I will make these again. 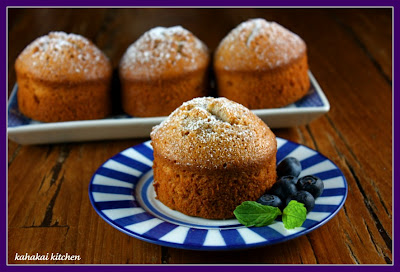 Giveaway Update: In case you were stopping by to see who won the Joy the Baker Cookbook giveaway, I will be drawing the name and posting the announcement sometime tomorrow (Friday). Thanks for your patience! ;-)

I am sending my review of The Lantern and these pretty little cakes over to Novel Food, a literary-inspired cooking event hosted by my friend Simona at briciole. Simona will be rounding up an array of fabulous books and the food inspired by them after the deadline of March 18th, so be sure to check it out.

What are you reading and cooking?