You are probably thinking it must be Saturday since you are seeing a drink recipe on my blog, but rather than being one of my "Simple Saturday Sippers", these Pomsake Sparklers are part of Cooking Red to Remember, an event being hosted by Angela at Spinach Tiger. World AIDS Day was December 1st, and December is AIDS Awareness Month and Angela, who tragically lost both a brother and a cousin to AIDS, is encouraging everyone to cook something using red as the ingredient in order to remember those lost from this terrible disease and those who are living with it.
Although we may sometimes forget about or overlook AIDS, according to amfar, it is estimated that there are approximately 1.1 million people living with HIV/AIDS in the U.S. and that one-fifth of those people don’t even know they have it. One third of the people with AIDS are between the ages of 13 and 29. Since the start of the AIDS epidemic, 1.7 million Americans have been infected with HIV and more than 550,000 have died of AIDS. Worldwide it is estimated that 33 million people now live with HIV/AIDS and 2 million of them are under the age of 15. Women account for more than one in four new HIV/AIDS diagnoses and deaths caused by AIDS. I have lost two friends to this disease and know many others who have been touched by it in some way. After reading Angela moving post, (here), I decided to join in and make something red to remember. 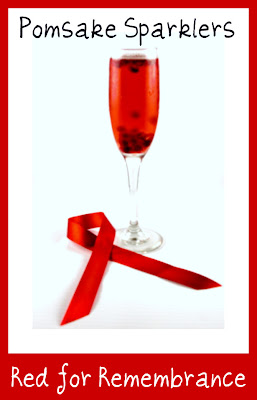 I knew I wanted to do something with pomegranate seeds and had a lovely sounding saffron rice dish that baked in the oven picked out to make. Unfortunately I was out of the plain brown rice the recipe called for, (of course I have every other kind of rice or grain you can think of!), and I tried to substitute brown basmati rice, and basically I ended up with a hard grainy mess beyond repair after it spent considerable time in the oven. Instead of crying over grainy, hard rice, I switched gears and put together a drink I have been thinking about as a holiday cocktail. Just three ingredients, pomegranate juice, sparkling sake and pomegranate seeds and you have a beautiful and refreshing drink--perfect for your holiday party. If you can't find sparkling sake, prosecco, champagne or any sparking wine will work. 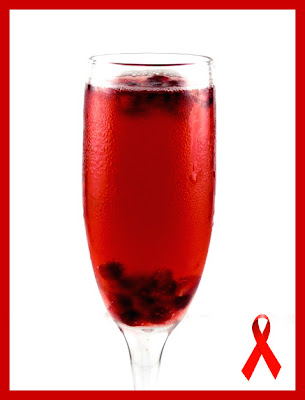 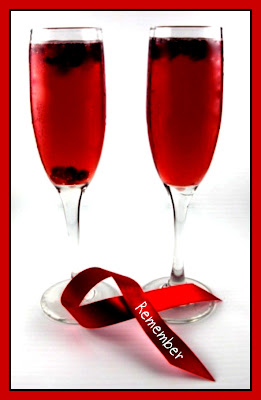 If you would like to join in and Cook Red to Remember, you have until December 7th to post your dish and send Angela your link and photo at SpinachTiger@me.com