The Book Tour Stops Here: A Review of "The Poet" by Lisa Renee Jones, Served with a Recipe for Mac-and-Cheese Popcorn

Happy Aloha Friday! I am happy to be today's stop on the TLC Book Tour for the new thriller, The Poet by Lisa Renee Jones. Accompanying my review is an recipe for a bowl-full of tasty Mac-N-Cheese Popcorn inspired by my reading. 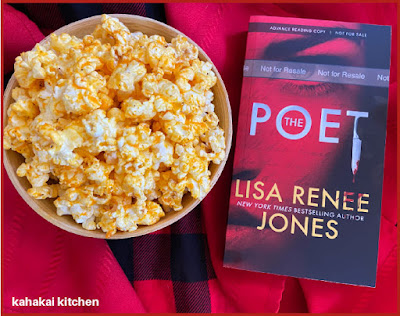 Publisher's Blurb:
“The poet is a liar who always speaks the truth.” -Jean Cocteau
Some call him friend or boss.
Some call him husband or dad.
Some call him son, even a favorite son.
But the only title that matters to him is the one the media has given him: The Poet.
A name he earned from the written words he leaves behind after he kills that are as dark and mysterious as the reason he chooses his victims.
One word, two, three, a story in a poem, a secret that only Detective Samantha Jazz can solve. Because he’s writing this story for her.
She just doesn’t know it yet. 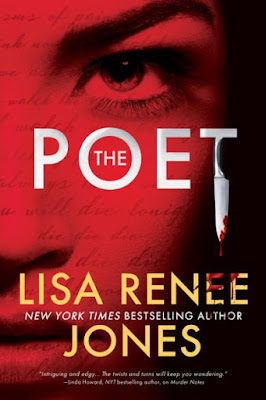 Mass Market Paperback: 368 Pages
Publisher: Entangled: Amara (March 9, 2021)
My Review:
Detective Samantha Jazz is back at her job after counseling since she witnessed the death of her Police Captain and "dirty" cop" father when he was gunned down by a criminal he once put away. Sam is a poetry student and fan, a trait that she got from her grandfather, so when the detective investigating a murder at a poetry slam abruptly asks for a transfer to another city, Sam gets the case. When a second murder happens and a poem is left, it's clear they have a serial killer case and that The Poet has some personal interest in Detective Jazz.
I was in the mood for a good thriller, especially one with a strong female main character and some FBI profiling so The Poet basically worked for me. I say basically because the author had me hooked all through the book but the ending seemed rushed and didn't quite hit home the way I wanted it too. Still, there's a lot to like in Sam Jazz, her detective partner Lang and her love interest, FBI agent Wade. Some other good side characters that will have me picking up the next book. I'd like a deeper dive into the different characters, and into Samantha's too. It had a good level of tension, and enough twists and red herrings thrown out to keep me guessing through at least 3/4 of the story. A good creepy-level too, I read it mostly at night and did have to make sure the door was locked the drapes were shut. If you like mystery-thrillers, procedurals, dark and twisty tales, and books with strong female leads, you will enjoy this one.
----- 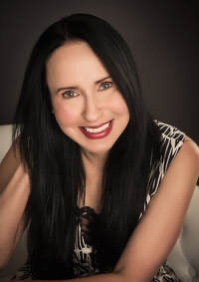 Author Notes: New York Times and USA Today bestselling author Lisa Renee Jones is the author of the highly acclaimed INSIDE OUT series. Suzanne Todd (Alice in Wonderland) on the INSIDE OUT series: Lisa has created a beautiful, complicated, and sensual world that is filled with intrigue and suspense. Sara’s character is strong, flawed, complex, and sexy – a modern girl we all can identify with.

In addition to the success of her INSIDE OUT series, Lisa has published many successful titles. The TALL, DARK AND DEADLY series and THE SECRET LIFE OF AMY BENSEN series, both spent several months on a combination of the New York Times and USA Today bestselling lists. Lisa’s other bestselling series include: DIRTY RICH and WHITE LIES.

Prior to publishing Lisa owned multi-state staffing agency that was recognized many times by The Austin Business Journal and also praised by the Dallas Women’s Magazine. In 1998 Lisa was listed as the #7 growing women owned business in Entrepreneur Magazine. 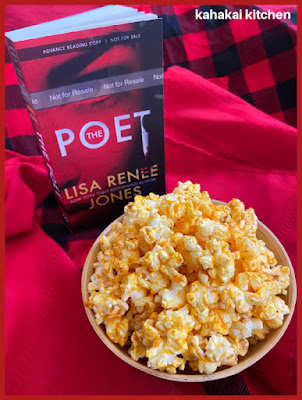 For my bookish dish, I was considering something chocolate--which Detective Jazz and her tech guy are VERY fond of. Then I was going to recreate a pub style mac-and-cheese after Jazz's love interest brings her some from his visit to Dallas but my thoughts turned to popcorn which seems to be a common dinner for our detective, and it is for me too. Since plain popcorn wouldn't be much of an effort, I started thinking, "what about mac-n-cheese popcorn?" and looked online. It turns out that sprinkling dry Kraft or other brands (I had Annie's on hand so that's what I used) Macaroni & Cheese powder on popcorn is out there. Then I saw a recipe from the Rachel Ray Show that has you blend the powder into melted butter first which to me sounded better than dry sprinkles, so that's what I did. (After all it was Chef Richard Blais who made it on the show!) ;-) 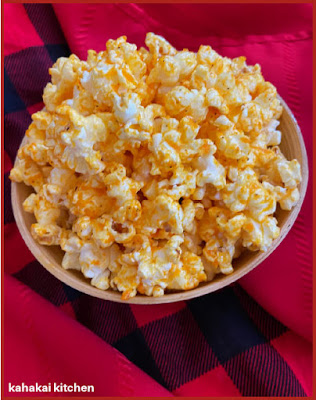 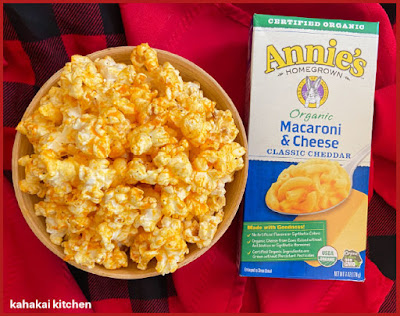 Notes/Results: Simple cheesy, buttery goodness that tastes like childhood. I like mixing the cheese into the melted butter because it isn't a funky powdery texture, and because it's not sauce, it retains the crunch of popcorn with extra butter. I mixed up a half-batch with about 6 cups of popcorn and found myself needing to go put it away because it borders on addicting. I recommend using plain, or just salted popcorn so it doesn't get too buttery (yes, here I think it could be "a thing!") ;-) It's not for cheese purists of course, but if you occasionally indulge in comfort food from your childhood that comes in a box, this is a fast and fun (and slightly messy) movie or one-handed book reading snack that I'd make it again. (And, in case you were wondering, I'll probably cook the pasta from the box and throw it into a salad with some tuna so I don't waste it!) ;-) 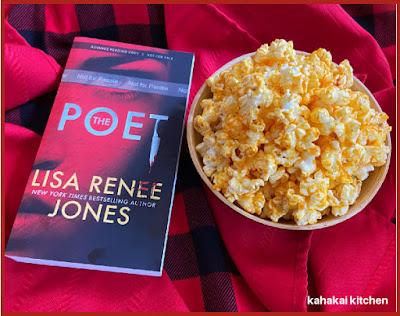 Note: A review copy of "The Poet" was provided to me by the author and the publisher via TLC Book Tours. I was not compensated for this review and as always, my thoughts and opinions are my own.