Friday nights call for easy dinners, for me that's sometimes an appetizer--or two like these recipes from Avec Eric by Eric Ripert. Add warm, toasted bread and a glass of white wine and it's a perfect Friday evening. 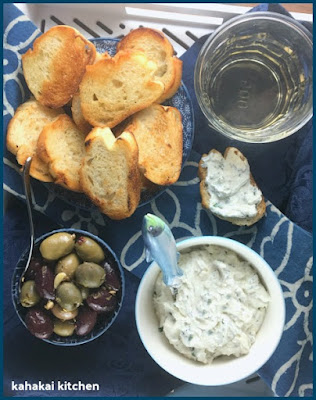 I kept to the recipes with the exception of cutting down on the black pepper in the goat cheese. I am a big fan of black pepper, but a whole tablespoon seemed liked too much for even me. 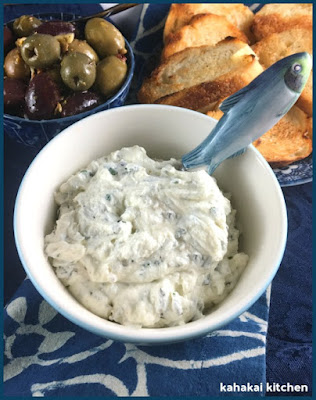 Chef Ripert says, "Fresh chevre has a beautiful tart taste. Creamed together with garlic and herbs, it makes a great spread for slicesof crusty bread."

Beat the cheese, milk, oil, thyme, oregano, rosemary pepper and garlic in a large bowl until well blended and fluffy. Season to taste with salt.