The Book Tour Stops Here: "The Book of You" by Claire Kendal with a Kahlúa Latte Milkshake 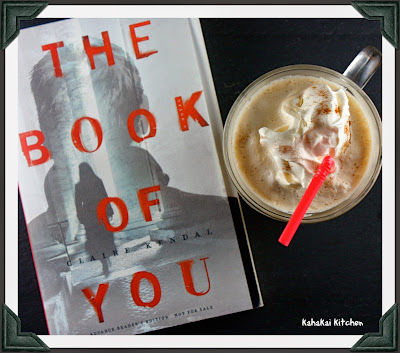 Imagine that every breath you take, every move you make, every step you take, someone is watching you. Not just part of the lyrics in the classic song by The Police, this is the reality for one in six women in the U.S. who have been stalked by someone according to a report by the National Center for Injury Prevention and Control at the Centers for Disease Control and Prevention. In The Book of You, a chilling new novel by Claire Kendal, Clarissa, a secretary at a university, is being stalked, harassed and terrorized by a co-worker--someone she had a brief encounter with, and who now won't leave her alone. 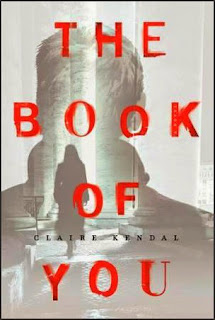 "A mesmerizing tale of psychological suspense about a woman who must fight to escape an expert manipulator determined to possess her, Claire Kendal’s debut novel is a sophisticated and disturbing portrait of compulsion, control, and terror that will appeal to fans of Before I Go to Sleep, The Silent Wife, and Into the Darkest Corner.

His name is Rafe, and he is everywhere Clarissa turns. At the university where she works. Her favorite sewing shop. The train station. Outside her apartment. His messages choke her voice mail; his gifts litter her mailbox. Since that one regrettable night, his obsession with her has grown, becoming more terrifying with each passing day. And as Rafe has made clear, he will never let her go.

Clarissa’s only escape from this harrowing nightmare is inside a courtroom—where she is a juror on a trial involving a victim whose experiences eerily parallel her own. There she finds some peace and even makes new friends, including an attractive widower named Robert, whose caring attentions make her feel desired and safe. But as a disturbingly violent crime unfolds in the courtroom, Clarissa realizes that to survive she must expose Rafe herself. Conceiving a plan, she begins collecting the evidence of Rafe’s madness to use against him—a record of terror that will force her to relive every excruciating moment she desperately wants to forget. Proof that will reveal the twisted, macabre fairy tale that Rafe has spun around them . . . with an ending more horrifying than her darkest fears.

Masterfully constructed, filled with exquisite tension and a pervasive sense of menace, The Book of You explores the lines between love and compulsion, fantasy and reality, and offers a heart-stopping portrait of a woman determined to survive. Claire Kendal’s extraordinary debut will haunt readers long after it reaches its terrifying, breathtaking conclusion."

Check out the book trailer:

It's always so much more frightening when the monster in a book is someone who you could easily encounter in your life--a coworker, a neighbor, an acquaintance--someone who outwardly seems mostly normal but is very far from it. Although I don't know anyone who has faced the intensity of Clarissa's situation, I, and so many others I know, have experienced some sort of issue where someone has made us feel at the least uncomfortable, at the worst extremely frightened, by their unwanted attentions. It is easy to feel empathy for Clarissa, any of us could so easily be Clarissa and you realize just how little recourse she has to get this man out of her life.

The story unfolds in two ways--Clarissa's little black notebook, filled with detailed entries of her encounters with Rafe, recommended to help build a case against him from the safety leaflets she has received from the helplines she has called. (This is 'The Book of You' from the title.) Interwoven is the third person observation of Clarissa's daily experiences and the recaps of the trial she is sitting in on as a juror. Although her jury duty and the courtroom act as a 'sanctuary' for Clarissa to escape Rafe for the time she is there, the lifestyle and actions of the victim in the trial are being questioned and harshly judged, which doesn't help Clarissa's thoughts and guilt about whether any of her own actions caused or escalated her situation with Rafe. The book is set in the U.K. but the 'stalker laws' and court system are similar enough to the U.S. that it is easy to understand and relate to.

Author Kendal has crafted an intense read that builds up the suspense page by page. I had to stop myself several times from going to the end of the book to see if it ended if not 'happily'--at least in a way I could tolerate. Throughout, I had that creepy-crawly feeling that made me want a shower and maybe a blanket to hide beneath after Clarissa's encounters with Rafe. It is disturbing for sure due to the subject matter and its realism but, if you like a good psychological drama and can stand the suspense, The Book of You is well worth the creepy feeling it will leave you with.

Author Notes: Claire Kendal lives in England, where she lectures in English Literature and Creative Writing. The Book of You is her first novel, and will be translated into over a dozen languages. 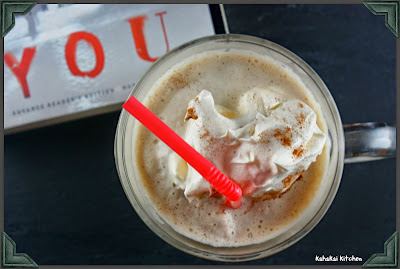 Being that this is primarily a food blog, I almost always include a recipe inspired by the book with my reviews. I tend to boast that I can do this for any book--food focused or not, but some books are more difficult than others. It's not that there wasn't food in The Book of You, but it is pretty hard to feel inspired by and passionate about food and eating with Clarissa's growing terror and Rafe's escalation of his stalking. I was going to do a mezze platter to represent a sense of freedom and joy Clarissa felt, shopping at a farmers market after being notified Rafe has received a restraining order and being told that she should be 'watchful and careful but optimistic' that Rafe will leave her alone:

"She bought bright red tulips, the first of the season, and olives and oak-roasted-tomatoes and ricotta-stuffed peppers and sweet dark rye bread and handmade halloumi cheese and a bottle of her favorite amarone. From the French chocolatier she bought pralines  and truffles and cocoa-dusted almonds. She bought the ingredients for her mother's beef casserole too."

--The Book of You, Claire Kendall 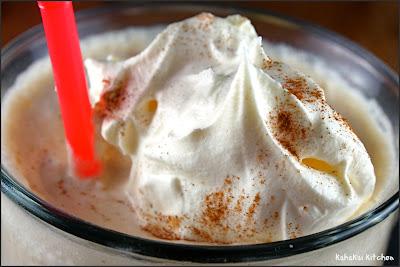 But, as I read that passage my mind was screaming "It's not over Clarissa!!!" (Cue loud foreboding music in head.) Instead, I used the lattes that Clarissa is constantly drinking to combat her lack of sleep and the sleeping pills and anti-anxiety medications she takes to deal with her situation. It's been a bit humid these past couple of days and rather than make something warm, I thought about iced coffees and lattes which lead to coffee-flavored ice cream, which ultimately lead to a milkshake which fit because the book was so chilling to read. And since this book is so nail-bitingly stressful, I thought that some alcohol running counterpoint to the caffeine would be appropriate and so, this Kahlúa Latte Milkshake was born.

Combine ingredients in blender and blend at medium speed until just combined. Avoid over-blending--milkshake should be thick and creamy.

Pour into glasses and top with whipped cream and cinnamon if desired. 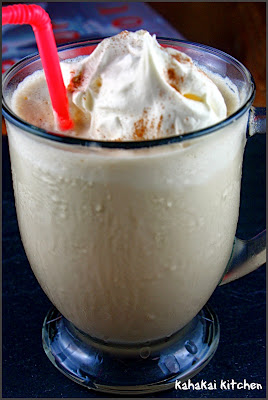 Notes/Results: Sweet, cold, creamy and boozy with a pleasing coffee flavor--this is one scrumptious adult milkshake indulgence. I wanted a latte feel so I used vanilla ice cream but, if you want it to be more coffee forward, use a coffee ice cream, or chocolate ice cream for a mocha milkshake. I will neither confirm or deny that I devoured drank this for lunch. (#its5oclocksomewhere, #advantagestoworkingfromhome) This one is a keeper for those times when you need a little indulging. ;-) 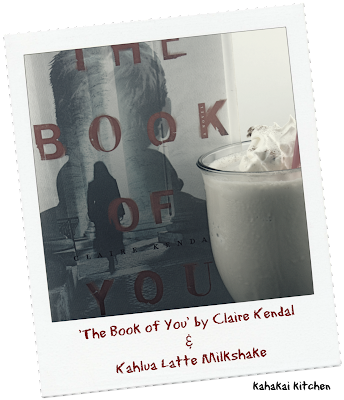 Note: A review copy of "The Book of You" was provided to me by the publisher and TLC Book Tours in return for a fair and honest review. I was not compensated for this review and as always my thoughts and opinions are my own.