The true definition of cruelty? It's being on the 28-Day Engine 2 Vegan Challenge with my friends at Whole Foods while making a batch of these dense, decadent Chocolate Fudge Brownies with "The Best" Chocolate Buttercream Frosting. This is what happens when one jumps at the chance to take part in a cookbook review event while conveniently forgetting they had already committed to eating a plant-strong, no meat, no dairy and no oil diet for the month. Whoops! 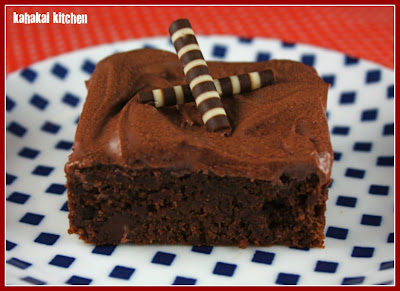 These delicious brownies are from the upcoming Joy the Baker Cookbook and part of the Joy the Baker Cookbook Spotlight and Cookoff, hosted by my friend Heather of girlichef and sponsored by Hyperion. I have to confess that although I had heard of Joy the Baker, I had never visited her site. Judging from the recipes and the gorgeous photos in the book, I have been missing out. As part of the Cookbook Spotlight, I'll be joining a group of great fellow bloggers in making recipes from the book for the next few weeks and then reviewing it. 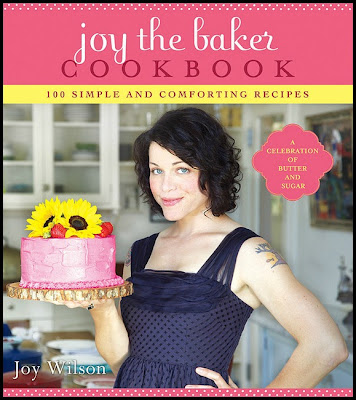 I actually thought making these babies while on the challenge would be no problem--I am eating very well and quite deliciously on the E2 challenge and if anything, I am craving fish right now, not sweets. I typically find brownies to be OK, but not at all my first (or second, or third...) dessert of choice. I think it was the soft, creamy, fluffy frosting that did me in. The fact that it tops a fudge, chewy, chocolate-studded brownie, certainly didn't help. So the brownies got baked, frosted and one small piece came out for pictures before the rest were promptly boxed up and put in the freezer until I can give them away. (Whimpering may or may not have occurred during this process.) In the interest of writing a fair review, I of course did have to taste one--my only real "cheat" so far in my 28-day challenge, and I must say they were worth every calorie and ounce of guilt. OK, there really wasn't that much guilt... ;-) 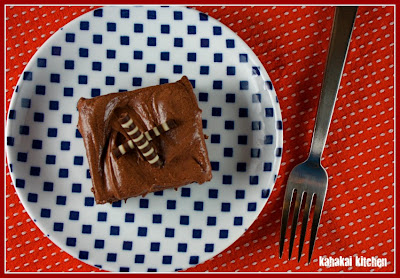 Place a rack in the upper third of the oven and preheat to 350F. Grease and flour an 8-inch-square baking dish and set aside.

In a medium bowl, whisk together flour, baking powder, and salt. Set aside.

Bring about 2 inches of water to a boil in a medium saucepan. In a medium, heatproof bowl, add butter and unsweetened chocolate. Place the bowl over, but not touching, the simmering water and allow to melt. Stir to incorporate. Once melted, remove the bowl from the simmering pot. Whisk in brown and granulated sugars. Whisk in eggs, yolk, and vanilla. Add the flour mixture, all at once, to the chocolate mixture. Fold together with a spatula until well incorporated. Fold in chocolate chips.

Pour batter into prepared pan and bake for 25 to 30 minutes. Bake until a skewer inserted in the center of the brownie comes out clean. Remove from the oven and cool completely before frosting.

Frost with half a recipe of The Best Chocolate Buttercream Frosting (recipe follows) when cooled. Brownies last, well wrapped, at room temp for up to 5 days.

The Best Chocolate Buttercream Frosting
Adapted from Joy The Baker Cookbook
(Makes enough to frost one 2-layer 8- or 9-inch cake or 24 cupcakes)
Note: You will only need half the amount below to frost the brownies

In the bowl of an electric stand mixer fitted with a paddle attachment, cream together butter, cocoa powder, and salt. Mixture will be very thick, but cream for about 3 minutes on medium speed.

In a 1-cup measure, stir together cream and Ovaltine. Turn the mixer to medium, and pour the cream in a slow and steady stream until the frosting reaches your desired consistency: smooth, creamy, and spreadable. Add more powdered sugar to adjust consistency. Spread or pipe frosting onto cooled cakes or cupcakes.

Frosting will last, well wrapped, in the refrigerator for up to 5 days.

Note: Putting the frosting in the fridge for about 30 minutes makes it harden just a little and makes it easier to spread. 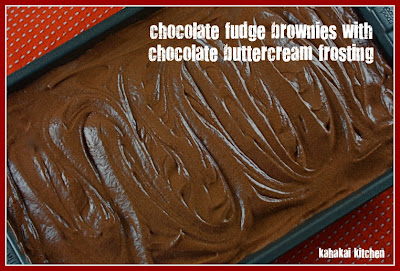 Notes/Results: These are really excellent brownies--especially if you like your brownies intensely chocolaty and fudgy. I used my favorite baking pan which is 11"-x7" instead of 8"x8" and baked them for about 23 minutes and they were moist and cooked through. I did grumble about the giant $6+ container of Ovaltine that I had to buy for the recipe, (can they not sell that stuff in small containers?!?), but it does make this frosting taste pretty amazing. I like the fact that it isn't too sweet and has a nice malted essence to it. Thankfully I only made a half-batch of the frosting as that is all that is needed to cover the pan of brownies. I fear that I would have been eating copious spoonfuls of it if I had any of its fluffy goodness leftover. This is a keeper recipe and it may just move brownies up on my favorite desserts list. Yum! 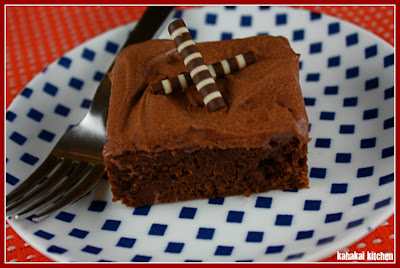 *This post is part of the Joy the Baker Cookbook Spotlight and Cook-Off sponsored by Hyperion and hosted at girlichef.*

Take a minute and stop by girlichef's site to read her interview with Joy the Baker and for a chance to win your own copy of the Joy The Baker Cookbook.