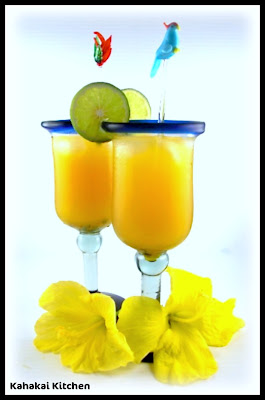 The current Food 'n Flix feature pick is the romantic comedy "Woman on Top" starring Penelope Cruz. Cruz plays Isabella who has suffered from motion sickness since childhood. Because she was sick, instead of playing with the other children Isabella stayed at home learning to cook and became a well regarded chef in her fishing village in Brazil. As an adult, Isabella can only control her motion sickness by being in control of her motion and this need for control, such as being on top during sex, frustrates her husband Toninho and he has an affair. Isabella leaves Toninho and goes to San Francisco where she becomes a cooking instructor and then a television cooking show host and tries to put Toninho out of her mind for good. I won't go into the whole plot, but if you like food and romantic chick flicks, you will likely enjoy this movie. 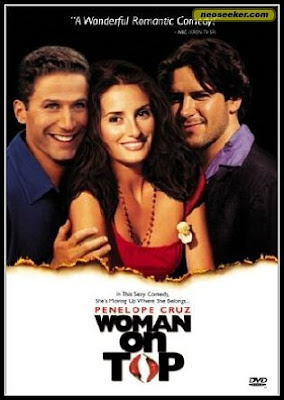 I had seen this movie ages ago when it came out but needed a refresher, so I was happy to find it on the "Watch Instantly" list on Netflix--although it took me all month to actually get around to watching it. Since I was squeezing a dish inspired by the movie in under the wire, I looked for something quick and easy with ingredients I already had on hand. I was thinking of something with shrimp but when I looked up Brazilian recipes on the Food Network I found these delicious-sounding Passion Fruit Batidas from Emeril and knew I had to make them. I recently bought a bottle of cachaca (Brazilian liquor made from fermented sugarcane) to experiment with and I had some fresh lilikoi (passion fruit) puree in the fridge from a bag of the fruit I bought at the farmers market so having everything I needed, it was fate. 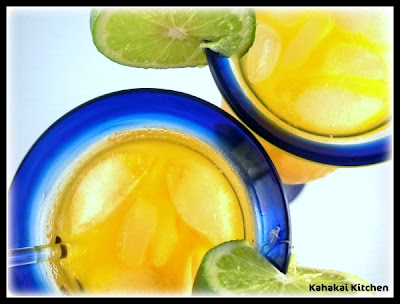 Batidas are Brazilian cocktail made with fresh fruit juice and cachaca. In Portuguese batida means shaken or milkshake or in other context can refer to crash like a car crash (or maybe the crash one would have after too many of these fruity tropical drinks!?). Sometimes variations are made with coconut milk or sweetened condensed milk but I think this simple version, with its sweet tart passion fruit juice captures the sexy, passionate, fun feeling of "Woman on Top."
You can find the recipe at Food Network here.

Place all the ingredients in a tall shaker and pour into 4 (8-ounce) glasses to serve.

Combine all the ingredients in a blender and puree until smooth. Pass through a fine-mesh sieve and place in a small, nonreactive bowl with a lid until ready to use. 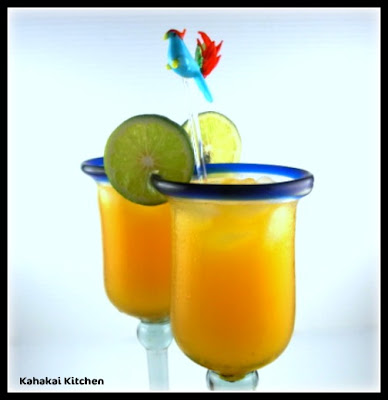 Notes/Results: Fruity and not too sweet, this is a refreshing and tasty cocktail--perfect for a warm afternoon or when you want a little tropical escape. I used my homemade lilikoi puree which I sweeten with just a bit of agave nectar instead of sugar--so it is slightly more tart and less sweet that the passion fruit purees you can buy--which is how I like it. It paired well with the cachaca and the batida makes a nice mellower, fruity alternative to the better known Brazilian Caipirinha (cachaca, sugar and lime). Batidas would be a great drink to make a pitcher (or six) of to serve at a party and fun to try with different fruits. I will make them again.

You can check out the other dishes inspired by "Woman on Top" by going to the Food 'n Flix site (here) at the end of February where girlichef will be rounding them up.