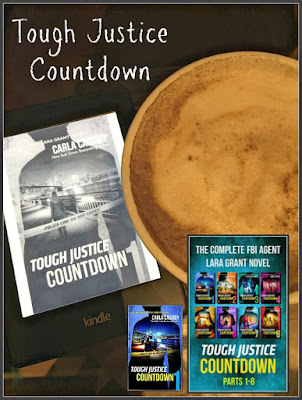 FBI Special Agent Lara Grant had thought that she’d put her past behind her—finally—with her last case. But now a serial bomber is targeting Manhattan’s elite power players, offering them a choice between saving hundreds of lives or seeing their darkest secrets exposed. Lara is working with the Crisis Management Unit to stop the bomber, but how will she react when she’s the one who has to choose between truth…or death? 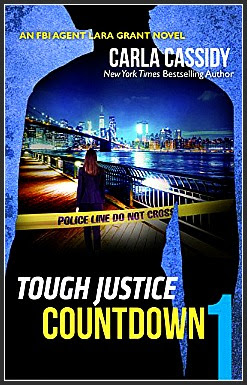 Romantic suspense is not my usual genre, but I do love mystery/thrillers--especially FBI and police procedurals. My review is for Tough Justice Countdown 1, the first book in an eight-part serial involving FBI Agent Lara Grant and her team, part of the FBI's Crisis Management Unit (CMU). This 85-page segment sets up the story and introduces the various CMU team members. A bomber has struck for the second time in New York City at the book's opening and Lara and the team are trying to find the bomber(s?) before there is another strike. The two bomb sites (a smoothie shop and a police precinct) don't seem to have anything in common, but the type of bomb and other evidence make it pretty clear that they are related.

I didn't realize when I started that this is the second Tough Justice serial featuring Lara Grant. I am a person who hates reading series books out of order, but there is a some recapping of Lara's backstory so I didn't feel completely out of the loop. That being said, I would have preferred to read the first serial before this one for the continuity. There are four authors alternating the storytelling for each of the eight story segments and if you don't like delayed gratification, you can get the whole set and read them at once. I was given all eight books (even though I am reviewing just the first) and the transition between the four authors (Carla Cassidy, Tyler Anne Snell, Emmy Curtis and Janie Crouch) seems pretty seamless so it doesn't feel disjointed. I have read six of the eight parts so far and the action has kept me wanting to get to the next book to find out what happens. I like the NYC setting and the characters who are full of secrets that unfold throughout the segments and keep the story interesting. There are twists and turns, although some things seem a bit too obvious and I felt like Lara and the CMU should have picked up on them faster than they did. Still, Tough Justice Countdown is engaging and entertaining--so if you are looking for something fast-paced and thrilling, but not too deep, it's a good match. 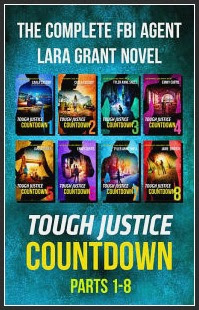 You can find more information on the Tough Justice series here. 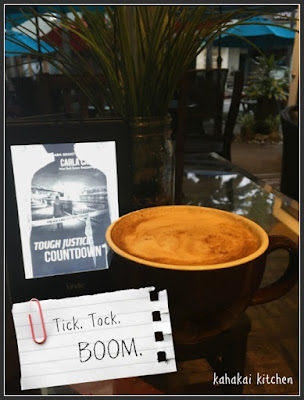 Note: A review copy of the "Tough Justice Countdown" was provided to me by the publisher and TLC Book Tours. I was not compensated for this review and as always, my thoughts and opinions are my own.