The Book Tour Stops Here: A Review of "I Shall Be Near To You" by Erin Lindsay McCabe--Served with Johnnycakes with Maple Syrup

"And then I see the map, still on the bedside stand. I sit on the edge of the bed and unfold it carefully. Jeremiah has made a heart at Flat Creek and a star at Herkimer. But in the Nebraska Territory he has written, I shall always be near to you."

It's those words scrawled by her husband on the map he left when he went to fight with the Union army, a feeling of never quite belonging in her family and community, and her deep love for her husband, that moves Rosetta Wakefield to join the army herself, disguised as a man. "I Shall Be Near To You" by Erin Lindsay McCabe is an amazing and moving story based on real life events and Kahakai Kitchen is today's stop on the TLC Book Tour for this intriguing Civil War drama. 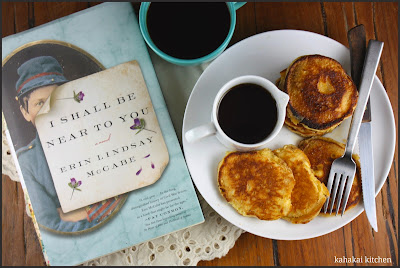 In I SHALL BE NEAR TO YOU, McCabe introduces us to newlywed Rosetta Wakefield. More accustomed to working as her father’s farmhand and happiest doing what others might call “man’s work,” Rosetta struggles with how to be a good wife to her childhood beau and new husband, Jeremiah. When Jeremiah leaves home to join the Union army, Rosetta finds the only way she can honor Jeremiah is to be with her husband—no matter what..

Cutting off her hair and donning men’s clothing, Rosetta enlists in the army as Private Ross Stone so that she might stand beside her husband. Joining, however, is the easy part, and now Rosetta must not only live and train with her male counterparts as they prepare for imminent battle, but she must also deal with Jeremiah, who is struggling with his “fighting” wife’s presence, not to mention the constant threat of discovery..

In brilliant detail, inspired by the letters of the real Rosetta Wakeman, McCabe offers a riveting look at the day-to-day lives of these secret women fighters as they defied conventions and made their personal contributions to history. Both a tender love story and a hard look at war, I SHALL BE NEAR TO YOU offers a unique exploration of marriage, societal expectations, and the role of women in the Civil War through the lens of a beautifully written novel. 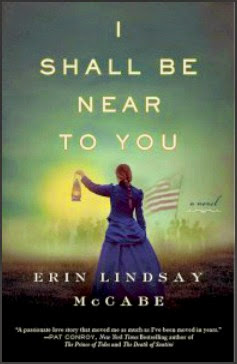 What a wonderful and engrossing book--one of my favorites for the year for sure. Civil War era historical fiction is not a category I normally gravitate to but I was intrigued by the story and I am glad I gave it a try. I had no idea that at least 200 women were documented as having fought in the Civil War, dressed and acting as male soldiers. I Shall Be Near To You is based on these women--one in particular, Sarah Rosetta Wakeman, a New York woman who fought for the Union Army as Pvt. Lyons Wakeman. (Read more about Wakeman here). The courage and fortitude of these women was fascinating to me.

I Shall Be Near To You is beautifully written and told through Rosetta's point of view. With this strong first person narrative, Rosetta really comes alive--her spirit, her stubbornness, her determination and grit. Seen through her eyes, the horrors of the war and especially the battlefield are chillingly portrayed. Although it is a love story (and what a love Jeremiah and Rosetta have for each other), the book doesn't bog itself down in the romance and reads more as an adventure story. I love it when a book makes me shiver, makes me smile, makes me cry, warms my heart, has me biting my nails, and sweeps me away to a different time and place--and this one did it all.

I was sad to have this book end--I wanted more time with Rosetta and after learning about these courageous women, I would love to know more about their lives after the war. (Hint, hint Erin Lindsay McCabe...) Lovers of adventure and strong female characters, and readers of historical and military fiction, women's fiction, and Civil War era stories will love this one. In fact, even if that doesn't describe you, do yourself a favor and pick up this book anyway--I bet you will love it too. 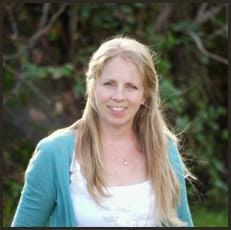 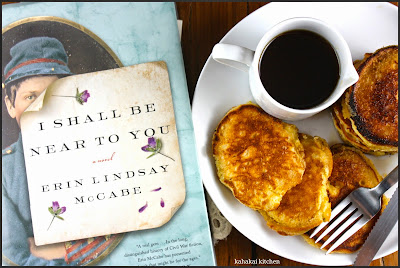 My dish inspired by the book was a bit of a challenge as food inspiration isn't always easy to come by in books where most of the action takes place in army camps or on the battlefield. In my review copy of the book was a sweet little note card from the author, who thanked me for being on the tour and hoped that I "wouldn't hold the terrible food in the book (hard tack & sow belly)" against her. I certainly don't! ;-) She offered up a ginger cake recipe that inspired Rosetta and Jeremiah's wedding cake in the story, as well as a hard tack recipe (no thank you) but I just wasn't feeling the urge to bake. There were mentions of other foods--mostly simple fare. Had I access to good fresh trout, I would have fried some up to represent a time when Rosetta and Jeremiah were young and he stood up for her against a bully and got the fish she caught back. An uncomfortable dinner for the newlyweds with Jeremiah's family included a 'feast' of lamb chops, potatoes, biscuits and canned peaches, while potatoes, eggs and various 'supper soups' were common meals.

I finally decided to go with a simple Civil War era staple--Johnnycakes--kind of a cornmeal based flat bread/pancake/biscuit from a recipe on a Civil War site that stated "Johnnycakes were popular particularly in the Northeast but eaten across the United States since the 1600's. The recipe is very simple and fun to make."

On her second morning with the army, Rosetta, as Private Ross, cooks with rations of cornmeal and sow belly and her cornmeal biscuits sounded similar to the Johnnycake description. "I buck up and with the few things I've got I figure on making biscuits. I ain't got milk or butter, but water and sowbelly grease might do and anybody who sees fit to complain don't have to eat none."

Unlike Rosetta, I did have milk and butter (no sowbelly grease needed), and maple syrup to douse the corn cakes in. Had Rosetta stayed at home with Jeremiah's family, she would have been "tending the sugarhouse" (women's work) instead of tapping the maple trees and collecting the syrup (men's work.) I served the Johnnycakes with coffee--also part of the soldiers' rations. 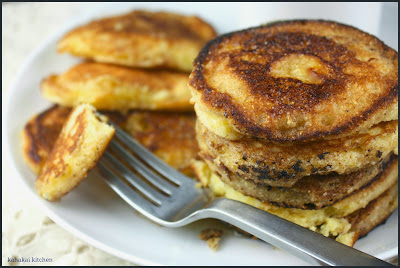 Bring 1 cup of water to boil in a medium saucepan. Combine the cornmeal, salt, boiled water, and milk in a medium bowl. Stir well. Melt the  butter in a skillet or a cast iron griddle over medium heat. Pour batter into the skillet,  pancake style to cook. Cook for 4-5 minutes on each side until edges are lacy and lightly browned using a spatula to turn. Serve hot with molasses, maple syrup and butter. 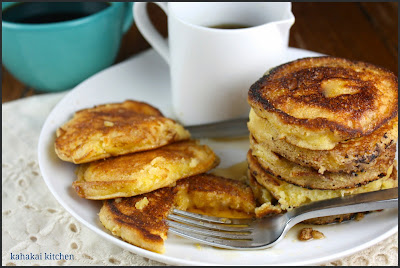 Notes/Results: I am no Johnnycake expert (as you can clearly see from the pictures) and they probably won't be a go-to dish at my house, but these were better than I expected. Not too heavy, slightly chewy from the cornmeal, crispy on the edges. Of course with enough maple syrup, anything tastes good. It took me a bit to get smoothly into Johnnycake production after my first couple of misses (lower heat and smaller cakes are the way to go), but once you get going, they are quickly made and best eaten piping hot. With good strong coffee and lots of maple syrup, overall it wasn't a bad breakfast. 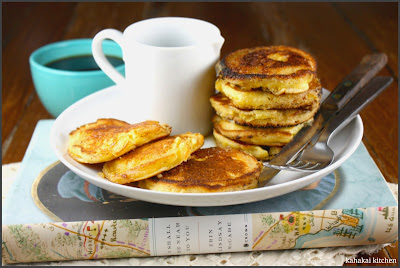 This review and the dish inspired by the book are being linked up at Novel Food--an event celebrating food inspired by the written word and hosted by my friend and fellow Cook the Books co-host Simona of Briciole. The deadline for this round of Novel Food ends Monday, October 6th. 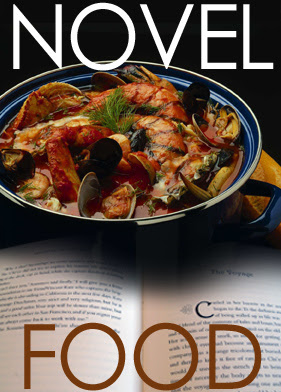 Note: A review copy of "I Shall Be Near To You" was provided by the publisher and TLC Book Tours in return for a fair and honest review. I was not compensated for this review and as always my thoughts and opinions are my own.