Poor Mary Bennet, awkward and not considered pretty or marriage material by her mother. Sandwiched in between two pairs of sisters; Jane and Lizzy--attractive, intelligent and refined, and Kitty and Lydia--young and silly. Mary is always overlooked and left out so it's no wonder that she gets very few and not very flattering mentions by Jane Austen in Pride and Prejudice. Lucky for her, Pamela Mingle gives this unfortunate middle sister her own story, growth and even romance in her new book The Pusuit of Mary Bennet: A Pride and Prejudice Novel. 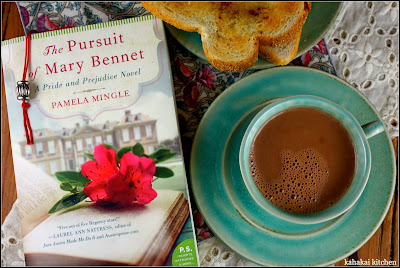 In The Pursuit of Mary Bennet, Mary isn't faring particularly well after the marriages of Lizzy, Jane and Lydia. Although her father has begun to notice her more--giving her books to read and occasionally even discuss with him, her mother has plans that she will attend to the very pregnant Lydia when her child is born and perhaps someday serve as a governess to Jane or Lizzy's children. According to Mrs. Bennet, "Marriage is not for her" and she "cannot think of any  man who would have her." Mary herself doesn't contemplate marriage as something she will take part in but, she does long for something of her own and more of a life than her mother aspires for her. When Lydia leaves Wickham and returns to Longbourn under another scandalous cloud, Mary and Kitty are sent to Derbyshire for a visit with Charles and Jane and there, Mary comes into frequent contact with Charles' friend and neighbor Henry Walsh. Her sister Kitty has set her cap for Henry and Mary finds his mixed messages on which Bennet sister he prefers confusing. Does he want her or Kitty? Should she open her heart to Henry or set a path for a different future on her own? 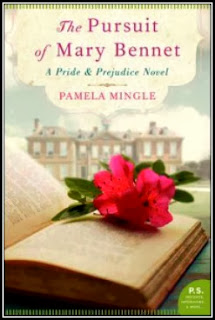 A big fan of Pride and Prejudice and well-written variations of the story, I found The Pursuit of Mary Bennet to be a charming read--a good cozy-up-your-weekend kind of book. Pamela Mingle does an excellent job of capturing the heart of P&P, while making it different enough to stand on it own. The story is told in the first person--from Mary's viewpoint and this look inside Mary's head gives the reader Mary's perspective of her family and of herself, explaining where her many socially awkward behaviors come from. The romance is sweet and Henry pleasant and likeable, but I most liked seeing Mary grow and come into her own both internally, and with her family. That journey is not without missteps, with Mary reverting back to her previous behaviors--sometimes amusing, at times sad, and always understandable. This is not a book full of action or surprises but, it is sweet and enjoyable especially for Pride & Prejudice fans. 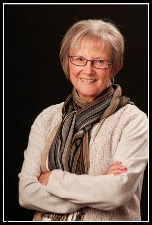 Author Notes: Pamela Mingle is the author of Kissing Shakespeare, a time-travel romance for young adults set in Elizabethan England. She is a member of the Society of Children’s Book Writers and Illustrators, Pikes Peak Writers, Romance Writers of America, and the Jane Austen Society of North America. 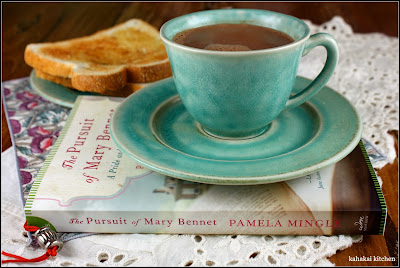 For my dish inspired by the book, there was plenty to choose from. Tea and scones, fish--turbot in particular, trifle, blackberry tart, salad with watercress, lamb and vegetables and assorted pastries tray and dessert items were a few of the dishes mentioned in the story. For breakfast at High Tor, the Bingley's estate, hot chocolate is served along with tea at breakfast. Mary tends to choose the chocolate because they "seldom have it at home." (A girl after my own heart--when given a choice always pick chocolate!) I decided to combine local my favorite dark chocolate from the North Shore with lavender tea from Maui to make a drink that is sweet, simple and unassuming on the outside--but with a hidden depth, much like the Mary Bennet in this story. I used Nigel Slater's hot chocolate recipe for proportion and inspiration. 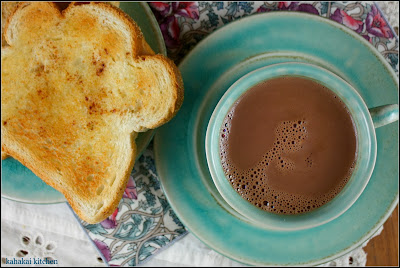 The Recipe:
Grate 50g (1.75 oz) of dark chocolate into a saucepan containing 250ml (8.75 oz) of milk approaching the boil. Stir until the chocolate has dissolved and the drink has slightly thickened. Stir in sugar to taste, depending on how sweet your chocolate was. Spoon in a tablespoon of double cream if you wish, and serve. Enough for one.

The Trick:
Most chocolate has too much sugar in to be satisfactory for making a hot drink. It ends up more like something you might pour over your profiteroles. If you want to take the drink seriously use the most bitter chocolate you can find (70-100% cocoa solids), then sweeten it yourself. You may be surprised how little sugar you need. Don't let the mixture boil once you have added the chocolate. To get a creamy head, beat with a small whisk as soon as the chocolate has melted.

The Twist:
Ground cinnamon, added after the chocolate, is popular, as is a scraping of nutmeg on the surface, but we can do better than that. Many of the flavoured, high-cocoa-butter chocolates about at the moment will add intrigue to your drink. Try chilli, lavender, Arabic spice or caramel flavours. Cardamom chocolate gives a wonderfully heady drink.

Notes/Results: To give my hot chocolate a lavender essence--I heated my milk with a lavender tea bag, steeped it about 6 minutes and removed the tea bag before adding the grated chocolate and whisking it in until melted. Since I used two chunks of Waialua Estate chocolate bar--one 60% and one 70% cocoa solids, no added sweetener was needed. This was rich, chocolaty, and just lavender enough. Perfect for afternoon tea with a couple of slices of toasted 'English Toast Bread' sprinkled with cinnamon. 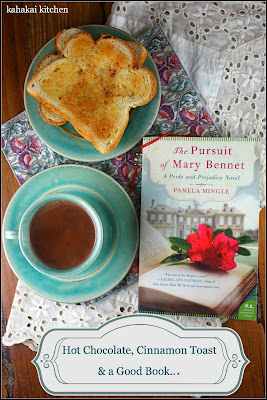 Note: A review copy of "The Pursuit of Mary Bennet" was provided to me by the publisher and TLC Book Tours in return for a fair and honest review. I was not compensated for this review and as always my thoughts and opinions are my own.