The Book Tour Stops Here: A Review of "The Hiding Place" by C.J.Tudor, Served with a Recipe for Tuna Melt Sliders {and a Book Giveway!}

I was in the mood for a good thriller this week and so I'm excited to be a TLC Book Tour stop for The Hiding Place by C. J. Tudor, with plenty of thrills and chills. Accompanying my review is a tasty little snack, Tuna Melt Sliders, inspired by my reading and a chance for a Kahakai Kitchen reader to win a copy of the book. 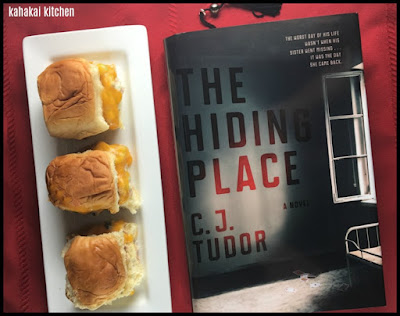 The thrilling second novel from the author of The Chalk Man, about a teacher with a hidden agenda who returns to settle scores at a school he once attended, only to uncover a darker secret than he could have imagined.

Joe never wanted to come back to Arnhill. After the way things ended with his old gang–the betrayal, the suicide, the murder–and after what happened when his sister went missing, the last thing he wanted to do was return to his hometown. But Joe doesn’t have a choice. Because judging by what was done to that poor Morton kid, what happened all those years ago to Joe’s sister is happening again. And only Joe knows who is really at fault.

Lying his way into a teaching job at his former high school is the easy part. Facing off with former friends who are none too happy to have him back in town–while avoiding the enemies he’s made in the years since–is tougher. But the hardest part of all will be returning to that abandoned mine where it all went wrong and his life changed forever, and finally confronting the shocking, horrifying truth about Arnhill, his sister, and himself. Because for Joe, the worst moment of his life wasn’t the day his sister went missing.

It was the day she came back.

With the same virtuosic command of character and pacing she displayed in The Chalk Man, C. J. Tudor has once again crafted an extraordinary novel that brilliantly blends harrowing psychological suspense, a devilishly puzzling mystery, and enough shocks and thrills to satisfy even the most seasoned reader. 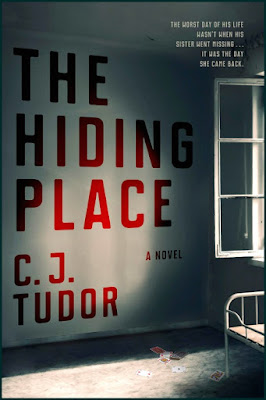 I love a good psychological thriller and when you through in some elements of horror, it's even better, so The Hiding Place is right up my alley. It's dark, creepy, and has a definite Stephen King vibe (the tagline channels one of my favorite King novels, "The worst day of his life wasn't when his sister went missing...it was the day she came back") but it has its own flavor and originality, and at 288 pages, a much lesser page count so if you aren't a King fan, you should still give it a try. For the most part the tighter plot works well with the pacing, and building of suspense--although it moved a bit slowly at first and I would have liked a deeper exploration of the town of Arnhill and its residents and some of the "whys" of what happened there. Joe, an anti-hero especially in the beginning, is an interesting character, I started out disliking him but he grew on me. I think the mix of thriller with just enough horror was a good one and will be good for those who don't consider themselves horror fans. The book does get graphic at times, but I found it more spooky and chilling than outright scary. I did read it alone at night without any fear or mental trauma ;-) and it had me turning the pages to reach the end to see if my guesses were right (some were, some were not).

Overall, I really enjoyed The Hiding Place and if you like thrills and atmospheric chills, you likely will too. (You can enter to win at copy of your own at the bottom of this post.) The Hiding Place is C. J. Tudor's second book.When her first, The Chalk Man, came out I heard good things and checked it out from the library, but never found the time to read it. Now, I am going to go back and try again. 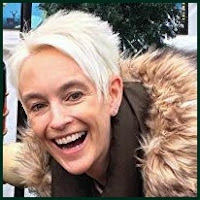 Author Notes: C. J. TUDOR is the author of The Chalk Man, and lives in Nottingham, England, with her partner and three-year-old daughter. Over the years she has worked as a copywriter, television presenter, voice-over, and dog walker. She is now thrilled to be able to write full-time, and doesn’t miss chasing wet dogs through muddy fields all that much. 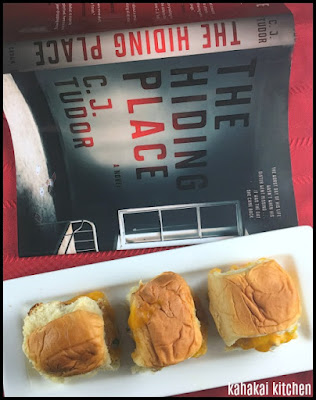 I liked the description of the school cafeteria going from burgers and fried onions when Joe was there to chicken and rice, vegetable pasta and salad, and that he said that he "blamed Jamie Oliver" for the changes. I finally decided to combine a cafeteria tuna sandwich with the melted cheese bap (a regional British or Scottish bread roll or bun or sandwich made from a soft bun--see this recipe for a sausage bap) and make tuna melts for my book-inspired dish. For the bap roll itself, a small hamburger bun would possibly be the most accurate size-wise, but the sweet and soft part made me think of the local favorite--King's Hawaiian rolls. 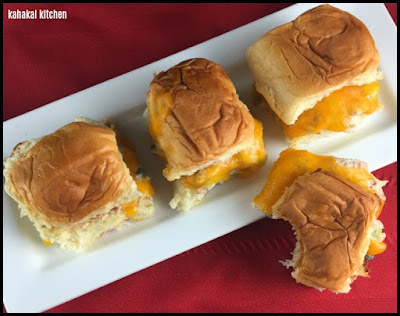 I will confess that I never really saw any appeal in tuna melts growing up, much preferring my tuna sandwich cold. Then, several years ago, a friend of mine made them open-faced for work meetings at his house and his were really tasty. I hadn't had one in years and decided to make my version slider-style, with the King's Hawaiian rolls.

Preheat oven or toaster oven broiler. Line a baking sheet with foil and set aside.

Combine tuna, mayo, celery, relish, capers, and mustard together in a small bowl. Season to taste with salt and black pepper and evenly mixed.

Melt butter in microwave and stir in garlic powder.

Separate rolls into 8 bottoms and tops place on baking sheet, brushing the cut side of each with the garlic butter. Place a small scoop of tuna on each roll bottom and top tuna mixture with a slice of cheese.

Place the baking sheet under the broiler and broil until the cheese is melted, the bun tops are toasted and the tuna is warmed.

Combine the tops and bottoms of the rolls and serve immediately. Enjoy! 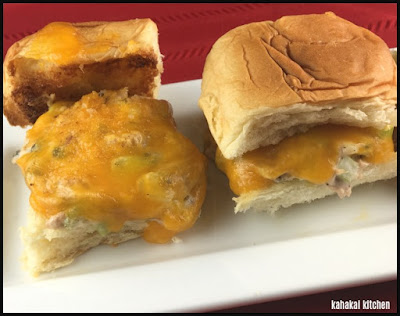 Notes/Results: OK, these were pretty darn good--the combination of the tuna with the tangy relish, salty and briny capers, sharp cheddar, garlic butter, and sweet rolls worked well together. The little sandwiches went together really quickly and easily. I just made four and ate them with fruit for a quick dinner. I plan to make the other four with my remaining ingredients tonight. Although they are not the prettiest of sandwiches, they are tasty and I will make them again. 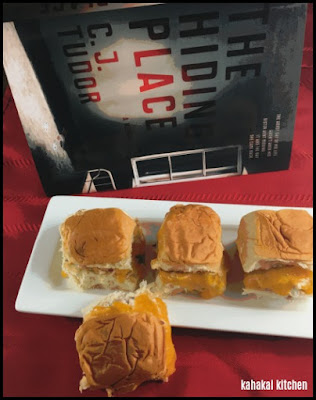 Linking this open-faced sandwich up at this week's Souper Sundays, here at Kahakai Kitchen, where anyone can share a soup, salad, or sandwich creation.

The publisher has generously allowed me to give a copy of The Hiding Place to one lucky U.S. reader!

To enter the Rafflecopter Giveaway below, leave a comment please (Because I like to read them!) ;-) telling me what your favorite cafeteria food was growing up and/or why you want to win a copy of The Hiding Place.

Note: A review copy of "The Hiding Place" was provided to me by the author and the publisher via TLC Book Tours. I was not compensated for this review and as always, my thoughts and opinions are my own.