The Book Tour Stops Here: A Review of "The Lost Girls of Paris" by Pam Jenoff, Served with French-Inspired Egg Salad

It's Friday and it's been a very long and busy week. To ease into the weekend, I have a fabulous book and a delicious sandwich pairing to share. Having loved her last book (The Orphan's Tale--see my review here), I am very excited to be today's TLC Book Tour stop for Pam Jenoff's latest novel, The Lost Girls of Paris. Accompanying my review is a simple French Inspired Egg Salad Sandwich. 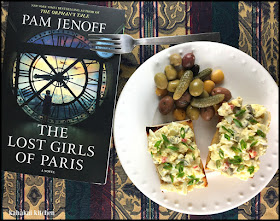 One morning while passing through Grand Central Terminal on her way to work, Grace Healey finds an abandoned suitcase tucked beneath a bench. Unable to resist her own curiosity, Grace opens the suitcase, where she discovers a dozen photographs—each of a different woman. In a moment of impulse, Grace takes the photographs and quickly leaves the station.

Grace soon learns that the suitcase belonged to a woman named Eleanor Trigg, leader of a network of female secret agents who were deployed out of London during the war. Twelve of these women were sent to Occupied Europe as couriers and radio operators to aid the resistance, but they never returned home, their fates a mystery. Setting out to learn the truth behind the women in the photographs, Grace finds herself drawn to a young mother turned agent named Marie, whose daring mission overseas reveals a remarkable story of friendship, valor and betrayal.

Vividly rendered and inspired by true events, New York Times bestselling author Pam Jenoff shines a light on the incredible heroics of the brave women of the war and weaves a mesmerizing tale of courage, sisterhood and the great strength of women to survive in the hardest of circumstances. 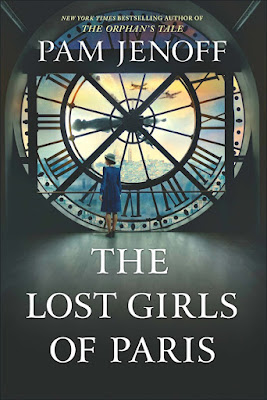 Well if you read my reviews, you know that historical fiction, especially WWII fiction is one of my favorite genres and Pam Jenoff is quickly becoming one of my favorite authors. As in The Orphan's Tale, she crafted compelling female characters, placed them in interesting circumstances and weaves three characters' stories together in a engaging way that made me care about each of them. Grace, a young widow working for a public attorney in New York tells her story in 1946, after the war has ended. Eleanor takes us back to 1943 England, when she is tagged by her boss to start a women's division of the SOE (Special Operation Executive), a network of agents sent to infiltrate France and Occupied Europe to conduct espionage, reconnaissance, and sabotage against the Germans. Marie, a single mother, is one of the young women recruited as an agent for the SOE in 1943. Grace gains possession of an envelope belonging to Eleanor with twelve photos of young women (including Marie), the lost girls in the title, all missing and presumed killed by the Germans.

Each of the main characters was compelling, although having three characters in under 400 pages, it was hard to get as deeply entrenched in their lives as I wanted to, not to mention not being able to learn more about some of the supporting characters that interested me--especially the other female agents and Grace's boss, Frankie, with his work in assisting the displaced European Jews in New York. The story moved along well, building the tension and although the reader has the general idea of what will happen, there are a few twists and turns left to discover. Once I was into the story, I found it hard to put down and it had me googling the SOE to learn more about this division and particularly the courageous young female agents who gave so much. If you love historical fiction, World War II fiction, suspense, and books with strong female characters, you will enjoy The Lost Girls of Paris. 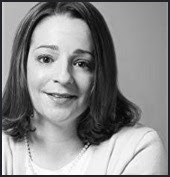 Although it being wartime and shortly after when food was rationed, there was still some food to be found in The Lost Girls of Paris. It was a mix of British, American, and French dishes including brandy, hot dogs, cinnamon scones, broiled chicken with a potato, baguette, gravy with bread, wine, a grilled cheese sandwich and a Pepsi, coffee, eggs and bacon, baked beans, cheese, bread and fruit, a ham and cheese sandwich, Earl Gray tea, a dry martini, "mystery" meat and potatoes, coffee and Sacher torte, and champagne. 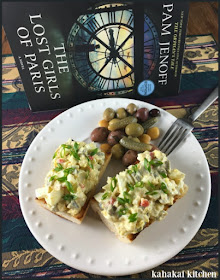 As Grace's usual lunch that she took to work in New York City was egg salad sandwiches, a favorite of mine as well, I decided to make an egg salad sandwich as my book-inspired dish. I wanted to give my salad a bit of a French feel for the brave women that were lost in France so I made a few additions to my normal egg salad. 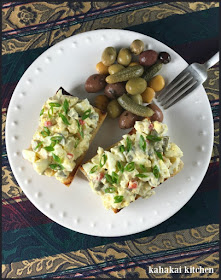 I won't write an actual recipe because I feel like egg salad is one of those things that you should make according to your own preferences but my mix for this French-inspired one was two hard-boiled eggs (whites chopped coarsely, yolks mashed), 1 Tbsp chopped cornichons, 1 tsp of Dijon mustard, good mayo (I used about 1/3 cup), a couple of chopped roasted red pepper slices from the pictured olive salad mix from the grocery store, sea salt and black pepper. I served it on a section of baguette, split, rubbed with olive oil and toasted and topped it with cut chives. 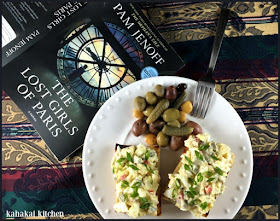 Notes/Results: I normally like my egg salad on the plainer side--just mayo, a bit of mustard, salt and pepper, but I could happily eat this one again. The tangy, briny cornichons were a great contrast to the creamy eggs and the baguette was perfectly crisp. It made a great "Friday is Here!" dinner. 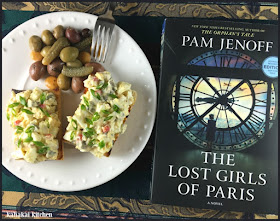 Linking this open-faced sandwich up at this week's Souper Sundays, here at Kahakai Kitchen, where anyone can share a soup, salad, or sandwich creation.

Note: A review copy of "The Lost Girls of Paris" was provided to me by the author and the publisher via TLC Book Tours. I was not compensated for this review and as always, my thoughts and opinions are my own.